A new report from a prisoners’ rights group details the interrogation methods that Mais Abu Ghosh and other young Palestinians have endured. 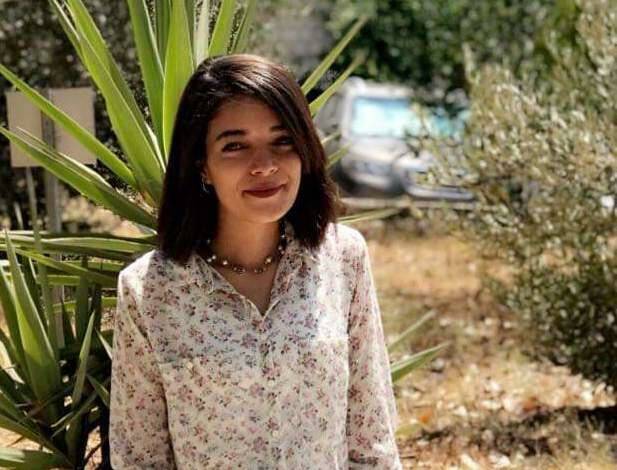 MOHAMMED ABU GHOSH'S VOICE fluctuates between pride and sinking worry as he speaks about his daughter Mais, a fourth-year media student at Birzeit University in the Ramallah district of the occupied West Bank. Mais excelled in her studies, Abu Ghosh says, and was applying for scholarships to study in France. But her ambitions were cut short when Mais, along with dozens of Palestinian students at the same university, were rounded up by Israeli security forces a few months ago, in a heightened crackdown on students across the occupied West Bank.

Mais was detained on August 29th, 2019. According to the prisoners’ rights group Addameer, heavily armed Israeli forces escorted by security dogs raided the family’s home. The forces, members of the Border Police counterterrorism unit, ransacked the place, damaged the family’s belongings, and confiscated laptops and cell phones before dragging the 23-year-old student from her home into an army Jeep.

According to an Addameer report published earlier this month, soldiers “cursed Mais, humiliated her, and threatened her with rape” while they transferred her through the Qalandiya military checkpoint. During interrogations by the Shin Bet, Israel’s internal security agency, at Jerusalem’s Russian Compound, Mais was subjected to “severe physical and psychological torture and ill-treatment” for about a month, Addameer also stated. She was banned from accessing legal counsel for more than two weeks, said Sahar Francis, the general director of Addameer, who is also Mais’ lawyer.

Mais has since been transferred to Damon prison in northern Israel and charged with membership in an illegal organization, referring to the left-wing student group Qutub. She is also charged with organizing a summer camp for the group and preparing two Molotov cocktails during demonstrations.

Israel alleges that Qutub is affiliated with the Popular Front for the Liberation of Palestine (PFLP), which Israel considers, together with other Palestinian parties in the West Bank, a terrorist organization. The students deny this allegation.

Last August, Rina Shnerb, a 17-year-old Israeli, was killed by an improvised explosive near Dolev, a settlement northeast of Ramallah. Israel accused Samer Arbeed, 44, of heading a PFLP cell that allegedly carried out the attack. The Shin Bet tortured Arbeed during interrogation, and he was hospitalized in critical condition in September. At Hadassah Hospital, Arbeed slipped into a coma and was put on a respirator.

Following the attack, the Israeli army arrested more than 50 Palestinians on suspicion of being affiliated with the PFLP. Among those arrested is prominent Palestinian lawmaker Khalida Jarrar. Most of those detained, however, are students who were not charged with activities related to the August bombing, according to Francis. At least seven of the students who were detained in the recent crackdown were charged with actions related to their student engagement, added Francis, which Israel alleges are crimes.

These Israeli “attacks” on students and activists are “usually aiming to silence the student movements and any activities of them condemning the occupation—most of which would be considered as incitement to violence,” said Francis.

Three weeks after Mais was violently detained, her parents visited her. “In front of us she seemed strong and resilient,” Mohammed recounted. “But we felt that inside she was different. We kept asking her what had happened to her. She refused to tell us and her eyes were tearing up.”

According to Addameer, Mais was subjected to lengthy interrogation sessions and deprived of sleep and rest. The organization noted that Mais was subjected to “harsh slaps on her face” while her eyes were blindfolded, and that she was forced into several stress positions, including the “banana position,” in which a detainee’s legs and arms are cuffed to the legs of the chair, forcing their back into an arch shape over the seat of the chair, while interrogators exert pressure on the detainee’s body. She sustained wounds in her hands and legs, several of which were caused by the tightness of the iron cuffs.

Mais was also the target of psychological harassment, including threats by interrogators to arrest her family members. They arrested Mais’s younger brother Suliman, 17, who spent eight months in administrative detention last year—an order by which Israel locks up Palestinians indefinitely without charge or trial—forcing her to meet him at the interrogation center. Both of her parents were also summoned to the Russian Compound for questioning in an attempt to pressure her, Addameer reported.

In 2016, Israeli authorities demolished Mais’ sfamily’s home in the Qalandiya refugee camp near Ramallah as a punitive measure, after her other brother, Hussein Abu Ghosh, allegedly carried out a stabbing attack at a supermarket near the Beit Horon settlement, killing 23-year-old Shlomit Krigman. Hussein was shot dead at the scene. Following Mais’s detention, the Shin Bet interrogators threatened to demolish her family’s home a second time.

“Mais is a very ambitious girl. The occupation broke her once when her brother was martyred,” her father, Mohammed, told +972 Magazine. “But she still kept going and still found a way to enjoy life. She was living a normal life as a student. She has a bright future and goals. But now, [the Israelis] are trying to break her again.”

Ameer Hazboun, 22, a fourth-year engineering student, was also beaten and arrested by soldiers in his Birzeit University dormitory in September. At the Russian Compound, along with also being forced into stress positions and being severely sleep-deprived, Hazboun was made to stand on his toes while his hands were cuffed above his head on a wall behind him, inflicting “extreme pressures on Hazboun’s hands, arms and shoulders,” Addameer reported. This was done despite the fact that he had informed a prison doctor that he had a platinum plate in his left hand from a previous injury.

In November, Hazboun was also charged with being a member of Qutub and participating in past demonstrations, one of which, Francis said, dates back to 2013. Israel has also accused him of throwing stones, and “aiding illegal organizations” by distributing fliers for the student elections at Birzeit University.

Israr Marouf, 21, a third-year law student at the university who was sentenced to four months of administrative detention, had fainted numerous times during the interrogations owing to the “excruciating pain” of the stress positions he was forced into, according to Addameer. Marouf was moved into a wheelchair after losing his ability to walk for several days due to the torture he faced.

Rights groups have long documented the systematic use of torture by Israeli interrogators and security forces. According to Addameer, since Israel’s occupation of the West Bank and Gaza Strip in 1967, 73 Palestinian detainees have been killed in Israeli interrogations.

Yara Hawari, a fellow at the Palestinian think tank Al-Shabaka, who recently authored a report on Israel’s widespread use of torture, noted that even though Israel ratified the International Convention against Torture in 1991, Israel’s domestic laws allow security forces to use torture in specific events in order to extract information quickly, also known as the “ticking time-bomb” doctrine. This decision was upheld by Israel’s High Court.

“The security of the state of Israel is considered the highest priority, so it allows Israeli interrogators to get away with doing whatever they want to Palestinians,” says Hawari. “This is how this torture becomes systematic,” she added.

“All Palestinians are branded as either being a terrorist or having the potential to become a terrorist,” Hawari continued. “When you dehumanize people in such a way then you can excuse doing inhuman things to them.”

Jaclynn Ashly is a freelance journalist. Her work centers on politics, human rights and culture in Israel, and the occupied Palestinian territories.