No One Is Well 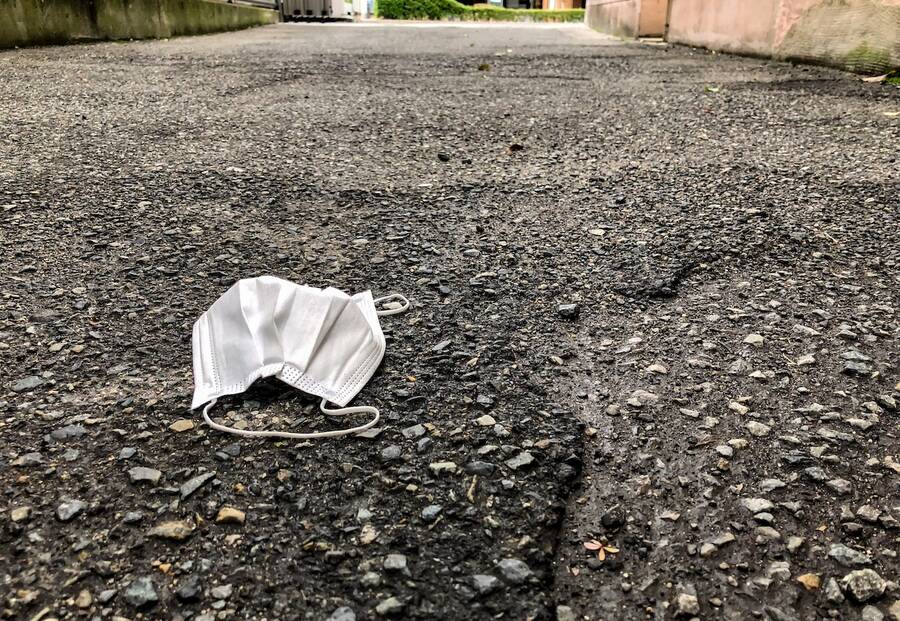 IN AN ESSAY in our last issue, Jewish Currents Culture Editor Ari M. Brostoff considered the difficulty of grasping the long-unfolding climate catastrophe as we’re living it. Citing Walter Benjamin, Brostoff writes: “we might say that we cease being climate change denialists only when we stop waiting for a sign that the world has begun to end and recognize that the million sites of crisis are the single overarching catastrophe.” Just a few months later, and all at once, the spread of a new coronavirus, Covid-19—the first global pandemic since the 1918 Spanish flu—has made what seemed hazy and diffuse feel focused and present, such that it appears almost quaint to philosophize about whether we can really know the collapse. For those of us who have been trumpeting the dangers of our medical system, our financial system, our prison system, our immigration system, our president, there is a brutal, almost beautiful clarity in the way the pandemic is already revealing the truth of their myriad cruelties in the starkest terms.

Indeed, for a publication attuned to the manifest failure of capitalism and guided by a sense of the urgency and necessity of revolutionary change, this moment feels like a rare opportunity to intervene in a momentous political struggle, to push for a more humane way of life. By all appearances, we’re set up to do just this: We depend on a remote workforce of (mostly younger) editors and freelance writers, and do little “on the ground” reporting, so—technically speaking—self-isolation should have limited effect on our workflow. At the same time, even while public life as we know it has been canceled overnight, Twitter is still buzzing frantically, producing and demanding information, which suggests that we’d best keep up, keep moving, find an angle.

But it’s been hard to get back to work. At a staff meeting last Thursday, just as the scope of the crisis was coming into view, each of us in turn admitted to being anxious and unfocused, to spending more time than usual on the phone with friends and family. Was it too much time? we wondered. Should we have been working? That morning, I had spoken to a friend who lives nearby and works in an ER that was just beginning to see its first coronavirus cases. My friend, who has an infant at home, was worried about getting stuck at the hospital for weeks at a time, as has happened to health workers in China and Italy. I offered to help her husband with the baby, if it came to that. She burst into tears.

As editor-in-chief, I knew I was supposed to show leadership at this meeting, to jump straight into setting content priorities for the present moment, but I found myself newly allergic to the acquisitional language of the pitch meeting. I didn’t feel like “going after” anything; I didn’t care what might “get read” in the coming collapse. I felt venomous toward ambition in all its forms. I believe deeply in what we do, and in what we mean to the community we speak to and represent. But I felt—and continue to feel—nervous that we might default to carrying on as normal, to covering this like we would cover any other world event, which seemed in itself like a kind of denial.

It should be said, I normally work from home, and I work too much. It’s not uncommon for me to be swept along by a surge of urgent tasks immediately upon waking—until I realize, suddenly, well into the afternoon, that I have not eaten, brushed my teeth, changed positions. There is a version of voluntary shutdown that is not unlike my regular life, where I work in pajamas until fatigue arrives as a kind of mental tinnitus. For more than a year, I have fantasized constantly about freezing time, creating a lacunae in which to wear down my to-do list without taking on anything new. In other words, I have ceased to fantasize about actual leisure, only about a more leisurely pace of productivity. I no longer dream of more time for fun, or connection with the people I love, but only about a more intensive, isolated work environment, nestled in a world on pause, with uninterrupted access to the technological tools of labor.

Now that I’ve gotten some dystopic version of my wish, I’ve been confronted with how thoroughly fucked-up it is. It has forced me to look at my own fatigue not just as coincident with the pandemic, but as one item on a vast list of comorbid symptoms of life under capitalism. These symptoms existed long before the pandemic, but they are surfacing now with a vengeance. If this crisis presents an opportunity to admit to ourselves how thoroughly we’ve been colonized by capitalism, how utterly it has overtaken our inner lives, then at some point, we have to find ways to expel it, to allow for the slowing of production.

In the 2015 essay “Sick Woman Theory,” which has been circulating again recently, chronically ill writer Johanna Hedva breaks down the effects of cordoning off sickness from wellness in the American psyche:

“Sickness” as we speak of it today is a capitalist construct, as is its perceived binary opposite, “wellness.” The “well” person is the person well enough to go to work. The “sick” person is the one who can’t. What is so destructive about conceiving of wellness as the default, as the standard mode of existence, is that it invents illness as temporary. When being sick is an abhorrence to the norm, it allows us to conceive of care and support in the same way.

One thing this catastrophe is teaching us is that, in a pandemic, no one is well—and that thus far the rules of the pandemic are simply the rules of capitalism, accelerated. Which means that if we are going to confront this crisis adequately, we will have to insist that we are all sick—and not just in this moment of emergency, as Joe Biden would have us believe. Capitalism has worked to power the spread of this virus: even now, many people continue to go into work by necessity. Employees at Amazon—the world’s most valuable company, owned by its richest man—are warning that its warehouses are becoming “hot spots” for the virus; taking extra time to wash one’s hands can result in “rate-based write-ups.” With the horror of our near future on full display in Italy, New York City Mayor Bill De Blasio—along with mayors in most American cities—dragged his feet closing bars and restaurants. Even as shutdowns become the norm, there remains an absurd cost to staying put: rent, provisions, debt and insurance payments. In the face of this, it feels important even for those of us experiencing the relative luxury of self-isolation to cultivate a seed of refusal from within the now entirely indistinguishable realms of home and work life, especially to the extent that we have long ago destroyed that distinction. A friend, self-quarantined like the rest of us, sent along an interview that resonated with our current confinement, in which political theorist Paolo Virno uses the metaphor of the biblical exodus to describe the potential for “desertion in one’s own place: the collective defection from the state bond, from certain forms of waged work, from consumerism.”

What all of this means for us as a nonprofit publication of the left rather than a profit-making enterprise is an open question, and one that our staff returned to as a group in a conversation we will publish later this week. For now I can simply say that as life in America shifts radically, we at Jewish Currents may find ways to respond as a group that look different from our current model. We’re a small staff, which means that questions about what’s “essential” or “inessential” have long been key in assessing where we put our energy. As far as I’m concerned, over the past days, the question of what is “essential” has given way to two more specific metrics: Do these words constitute an act of care? And: Will they help us fight? The latter question is familiar to us; I suspect the former will pose a more novel challenge. As we try to meet that challenge, we will likely discover that what we model within our workplace and in our broader communities is as important as what we publish. We may end up with new safeguards against staff burnout. We may try to find ways to support our network of freelance writers that aren’t tied to their output. Our next issue was supposed to be mailed in a matter of weeks. I don’t know what it means for the people who print and pack and ship it to insist that this expectation be met. I do know that if it means putting them in danger, it’s not worth it.

Though there is no silver lining in the coming carnage, we can take some harrowing comfort in the knowledge that things will not return to the way they were before. Already, the crisis has magnified some of the most horrifying features of society as we know it—systemic collapse paired with increased surveillance and authoritarianism, mass disinformation, heightened xenophobia—while also offering glimmers of the better society it could become: we’ve seen efforts to decarcerate, eviction freezes, expansion of paid sick leave policies, a suspension of interest on student loans. To pry this opening wide, we will need to begin to replace the logics of capitalism with the logics of care, to make that the basis of our action in the months—and years—ahead. Even for those of us already fighting for socialism, it will feel uncomfortable, like we are doing something wrong. But the sooner we recognize there is no more business as usual, the better.

Responsa
Days of Rest
On anti-work politics and the meaning of Shabbat
The Editors
Responsa
Beyond Grievance
Though it may be a potent political tool, grievance can also maintain our investment in our own oppression.
Arielle Angel

Responsa
Beyond Grievance
Though it may be a potent political tool, grievance can also maintain our investment in our own oppression.
Arielle Angel
Newsletter
Rehearsing Defeat
Rallies won’t save abortion rights. What will?
Arielle Angel
Sign up for our email newsletter, featuring exclusive original content
Short on time?
Sign up for our weekly Monday roundup of everything you missed in Jewish Currents last week.