No Bark, No Bite

Senate Democrats’ watered-down letter on annexation is an object lesson in how Biden’s candidacy is already letting Israel off the hook. 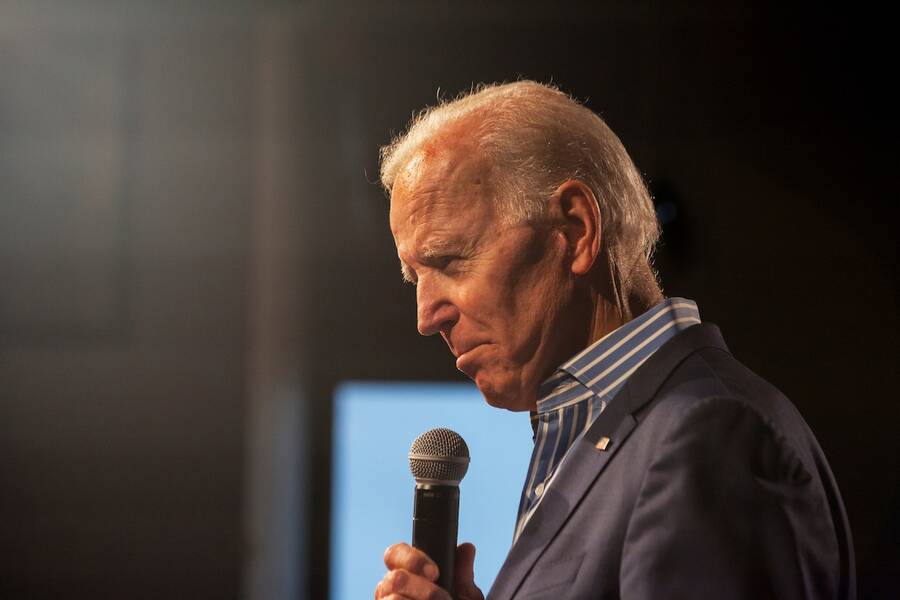 WITH EACH PASSING WEEK, it becomes clearer that Joe Biden’s victory over Bernie Sanders is making it easier for Israel to annex the West Bank.

The latest evidence comes from the United States Senate. On May 1st, with the support of the pro-Israel, anti-occupation lobbying group J Street, three Democratic senators—Chris Murphy from Connecticut, Chris Van Hollen from Maryland, and Tim Kaine from Virginia—drafted a letter opposing annexation, which they asked their colleagues to sign. Murphy, Van Hollen, and Kaine are not Israeli Prime Minister Benjamin Netanyahu’s toughest critics in the Senate—in 2017, Kaine backed the Taylor Force Act, which cut aid to the Palestinian Authority—but this is precisely what made the three senators appealing messengers. “The letter,” one Senate staffer explained, “was designed to attract more moderate Democrats that don’t typically stick their neck out on these things.”

If the identity of the letter’s authors signalled conciliation, so did its content. During the presidential campaign, Bernie Sanders had called for conditioning US military aid to Israel on its treatment of the Palestinians. Elizabeth Warren and Pete Buttigieg had suggested that they might restrict US assistance as well, especially if Israel annexed parts of the West Bank. But Murphy, Van Hollen, and Kaine did not ask their colleagues to go as far as these former presidential hopefuls. The letter never suggested that the signers would support restricting US aid themselves, even if Israel defied international law—and quashed hopes for a Palestinian state—by annexing parts of the West Bank. It merely warned that annexation might “erode the strong support among the American people for the unwavering security assistance” the US provides Israel. It was so tame, a Sanders staffer told me, that the Vermont senator initially held off on signing it out of concern that he might be seen as retreating from the tougher line he had advocated during his campaign, a line that polls show most Democratic voters support. (Sanders, along with Elizabeth Warren, eventually signed the letter almost two weeks after it was first sent to senators.)

The letter began circulating on Friday, May 1st. By the following Monday, its advocates got word that AIPAC was lobbying against it. On Tuesday, May 5th, Democratic Majority for Israel (DMFI)—a pro-Israel advocacy group with close AIPAC ties—sent senators a memo outlining its own opposition. The memo, which I was provided by someone whose Senate office had received it, claimed that the annexation letter “strongly implies that support for U.S. security assistance to Israel would be held hostage to the decisions of the current Israeli government on annexation.” Such an implication, it warned senators, “would put you at odds with our presidential nominee, Joe Biden, who called the idea of conditioning security assistance ‘outrageous’ and a ‘gigantic mistake.’”

The Biden reference was key. During the primary campaign, Biden had opposed conditioning aid more vehemently than any other major Democratic presidential candidate—even likening it to kicking France out of NATO. As AIPAC’s allies worked to ensure that Netanyahu’s government faced no consequences for violating decades of US policy, Biden’s stance proved invaluable: It enabled DMFI to insinuate that Democratic Senators who even obliquely referenced conditioning aid were betraying their party’s presumptive nominee.

On the same day that DMFI issued its memo, Jacob Kornbluh of Jewish Insider asked Sen. Ben Cardin of Maryland what he thought of the letter. As a Jewish Democrat closely aligned with AIPAC who sits on the Foreign Relations Committee, Cardin is a congressional gatekeeper on Israel issues. He replied that while he considered annexation “not to be a helpful process,” he also did not “think it is helpful for us to sow dissension in the United States as it relates to the support for Israel.” Cardin’s public opposition provided more evidence that a letter intended to be inoffensive was not inoffensive enough.

Finding new signatories grew difficult. “Senators don’t like to stick their heads out on an uncomfortable issue,” one Democratic foreign policy expert explained. “Once it becomes a problem, they’re even more reluctant.” According to one Senate source, Sen. Chris Coons—a close Biden ally—suggested weakening the letter’s language further in hopes of attracting more support. Coons’s office told me that “Senator Coons did not request changes to the letter” and that he would “communicate directly with Ambassador Dermer and Israeli officials to express his concerns” about annexation.

But on May 10th, Jewish Insider reported that the letter had indeed been watered down. Instead of warning that annexation might erode public support for “security assistance,” the new version merely warned it might erode support for the “special relationship” between the US and Israel.

The letter was now so toothless that it resembled statements on annexation made by DMFI. A month earlier, in a letter to Israeli leaders, DMFI President Mark Mellman and co-chairwoman Ann Lewis had written, “We cannot overstate the long-term damage such a move would have on the U.S.-Israel alliance. The repercussions would be extremely serious and long-lasting. Most Americans will only support that so long as they believe Israel is committed to pursuing peace.” Yet, remarkably, DMFI—along with AIPAC—opposed the revised Senate letter anyway. The new version, Mellman wrote to senators in a May 11th memo that I received from a Senate source, “still carries a clear implicit threat to end or reduce U.S. security assistance and diplomatic support” and therefore “divides Senate Democrat [sic] from our presumptive presidential nominee.” This opposition—which a Senate aide says was reinforced by calls from AIPAC donors—proved remarkably successful. By May 21st, when Murphy, Van Hollen, and Kaine concluded their effort, the letter had garnered only 18 of the 47 Democrats in the Senate. (At least one other senator, Diane Feinstein, sent her own letter to Netanyahu opposing annexation).

On its face, the entire episode is bizarre. How could a letter asking Democrats to oppose annexation, which almost all of them ostensibly do, and pledging consequences no more severe than a decline in American public support for Israel—which AIPAC’s own Democratic front group has warned of publicly—still win so little support? The answer, it seems, is that the letter became a test of power. By criticizing annexation themselves but warning other Democrats not to, Cardin and DMFI sent a message about who is entitled to publicly challenge the Israeli government and who is not. They asserted that, even among Democrats, the old rules governing the Israel debate in Washington—set by AIPAC and its allies—still apply.

They still apply, in significant measure, because Joe Biden, who fervently believes in those old rules, is the presumptive Democratic nominee. One of Biden’s top aides, Antony Blinken, reinforced that message on May 18th, when—in a conversation sponsored by DMFI—he emphasized that although Biden opposes annexation, the former vice president “would not tie military assistance to Israel to any political decisions that it makes, period, full stop” and “believes strongly in keeping your differences—to the greatest extent possible—between friends behind doors.”

A Sanders victory would likely have inscribed conditioning aid to Israel into the Democratic Party platform, thus emboldening congressional Democrats to more strongly voice their own opposition to annexation. But by nominating a candidate who opposes holding the Israeli government accountable, Democrats have empowered the American Jewish establishment to depict a challenge to Netanyahu as a challenge to Biden himself. It’s noteworthy that the Democratic senators most frequently mentioned as auditioning for a place in the Biden administration—Kamala Harris and Amy Klobuchar, who are often cited as possible Biden running mates, and Chris Coons, who has been mentioned as a potential secretary of state—have all declined to sign.

“The fundamental message of this episode,” argues Lara Friedman, president of the Foundation for Middle East Peace (where I’m a non-resident fellow) and Jewish Currents contributing writer, “is that Congress is not going to do anything if Israel annexes.” A staffer at an activist organization who has followed the letter’s progress puts it more pungently: “Bibi and [Israeli Ambassador to the US Ron] Dermer must be laughing their asses off.”

Report
How a Defender of Palestinian Rights Lost His Way
As the Washington director of Human Rights Watch, Tom Malinowski fought for justice in Israel-Palestine. All that changed once he got to Congress.
Peter Beinart
Analysis
Justifications for Destroying a People
The arguments Russia’s government deploys to dehumanize Ukrainians are strikingly similar to the ones Israel’s government uses to dehumanize Palestinians.
Peter Beinart
Sign up for our email newsletter, featuring exclusive original content