We Are Pleased to Announce a New Freelancer Agreement! 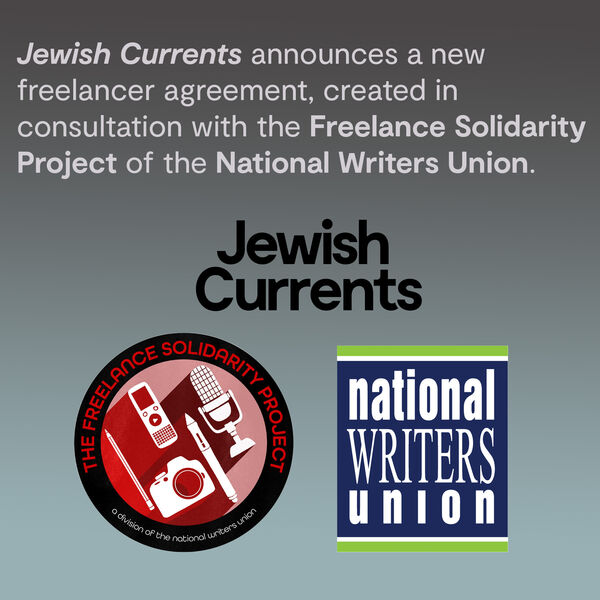 The past few years have seen a wave of unionization across the media industry, but freelancers have been left out of the benefits of labor organizing. This unilateral announcement, reached through discussion with the National Writers Union and Freelance Solidarity Project, is part of an effort to improve working conditions for freelancers across the industry and to ensure that all writers and contributors are treated with the respect they deserve and compensated equitably for their work. In commissioning new work, Jewish Currents will share these guidelines with its freelancers alongside a formal contract; we are also making them publicly available here. Below are some highlights:

You can find the entire agreement here.