In January 2021, the leading Israeli human rights organization, B’Tselem, released a report concluding that Israel is “a regime of apartheid.” That April, Human Rights Watch followed suit. In February of 2022, Amnesty International published its own, even more detailed report on Israel’s domination of the Palestinian people. Though many Jewish institutions—and their allies in Washington—continue to dismiss the charge of apartheid as “inaccurate” and even “offensive,” the reports have made it more difficult for the political mainstream to dismiss a designation that is simply factual under international law.

But these reports not only assemble the facts, but filter them through a distinct analytical lens—one rooted in a liberal political tradition that understands equality under law as the remedy to apartheid. In a landmark essay from our Summer issue, Noura Erakat and John Reynolds, two leading scholars of international law and human rights, place the liberal definition of apartheid in historical context, and argue that it should be rejected in favor of a more radical critique. The essay emerges from Erakat and Reynolds’s deep engagement with Palestinian intellectual history, and from their desire to bring to light the work of writers and thinkers—many of them associated with the Palestine Research Center, which was founded in 1965 by the scholar and activist Fayez Sayegh—who began naming Israeli apartheid in the 1960s and ’70s, decades before the human rights establishment ever entertained the idea of applying the term. For this generation of Palestinian intellectuals, Erakat and Reynolds write, “apartheid [was] an inevitable outcome of Israeli settler colonialism, and a key ideological and legal-institutional vehicle for its continuance”—not, as HRW puts it, “a threshhold crossed” over decades of maintaining an illegal occupation, but “a direct derivative of Zionism’s state project.”

This debate over how to define apartheid bears directly on the question of how to bring it to a just end. Drawing on the example of contemporary South Africa, Erakat and Reynolds consider what can happen when the extension of formal equality is taken to be a sufficient form of redress. “Proclaiming an end to apartheid without instituting a concrete program of decolonization in the form of land restitution and wealth redistribution may simply produce a more acceptable form of social, political, and economic discrimination,” they write. Their essay brings a buried intellectual tradition to the surface at the moment when we need it most, and lays out the different paths forward for opponents of Israeli apartheid—and the potential stakes of choosing one over another—with unparalleled clarity. It’s a must-read for anyone invested in justice in the region—and especially timely on the day of Israeli elections that will likely usher Itamar Ben-Gvir, a follower of the Jewish supremacist ideologue Meir Kahane, into cabinet. As they write: “To agree on what it would take to end apartheid, we must first understand what apartheid is.” 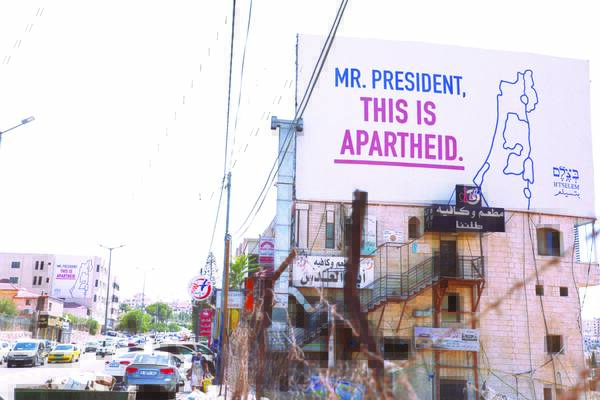