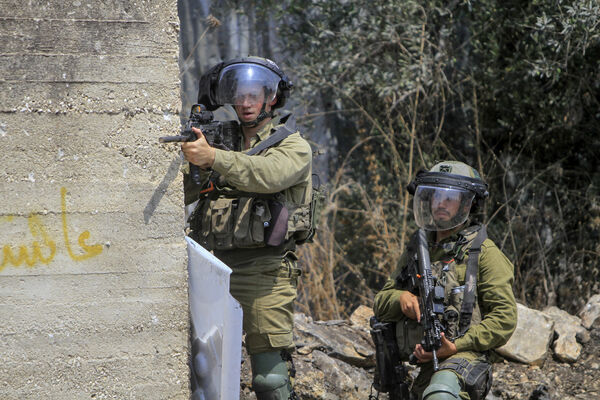 Israeli soldiers aim at Palestinian protesters during a demonstration against Israeli settlements near the West Bank city of Nablus, September 2nd, 2022.

Last Tuesday, the Israel Defense Forces (IDF) concluded its long-awaited operational investigation into the killing of venerated Palestinian American journalist Shireen Abu Akleh, who was shot while covering an Israeli raid in the West Bank city of Jenin in May. Having initially claimed—despite eyewitness accounts to the contrary—that a Palestinian militant likely killed Abu Akleh, Israel’s army admitted that there was a “high possibility” that an Israeli soldier had fired the shot.

Representatives from the US Department of State welcomed “Israel’s review of this tragic incident” while also urging the country to “closely review its policies and practices on rules of engagement.” The department called for “accountability,” including the institution of new procedures “to prevent similar incidents from occurring in the future.” In response, Israeli Prime Minister Yair Lapid said that “no one will dictate our rules of engagement to us, when we are the ones fighting for our lives,” while Israeli Defense Minister Benny Gantz said that the army “chief of staff, and he alone, determines and will continue to determine the open-fire policies.”

According to experts on the Israeli military, even a change to the open-fire regulations might do little to prevent Israeli soldiers from killing Palestinian civilians. Interviews with Israeli soldiers conducted by Breaking the Silence, a group of Israeli army veterans who expose the abuses of occupation, reveal that even the existing limits on the use of live fire are often ignored by army commanders and rank-and-file soldiers. “It’s quite rare that [the soldiers themselves] see the document of the open-fire regulations,” said Ron Zaidel, chief research officer for Breaking the Silence, “and the way the commander explains the regulation is not always exactly as written. In this gap, we can see many of the problems.” Zaidel cited open-fire protocols prohibiting the shooting of children and women as an example, explaining that commanders sometimes tell their soldiers, “‘You can fire on children if they’re over 14.’”

The open-fire protocols themselves are classified, but some details have been made public over the years. In 2012, in response to a report by the human rights group B’Tselem on Israeli repression of Palestinian protests, the IDF said soldiers are permitted to use live fire in the West Bank only to “negate an actual and immediate threat to life, as the last option in the procedures for stopping a suspect, as well as in certain circumstances to contend with the threat to life posed during violent riots.” But Israel’s expansive use of open fire has consistently deviated from these protocols. In a 2014 report, Amnesty International recorded the routine use of live ammunition at West Bank demonstrations, including against civilians who were throwing stones hundreds of meters away from heavily protected soldiers. The report charged Israeli forces with using “excessive, often lethal, force against Palestinians who pose no threat to their lives or the lives of others.”

Statements from Israeli politicians such as Members of Knesset Avigdor Lieberman, Naaveh Booker, and Bezalel Smotrich have encouraged the army’s liberal use of fire. In 2017, Human Rights Watch criticized these politicians, among others, for “encouraging Israeli soldiers and police to kill Palestinians they suspect of attacking Israelis even when they are no longer a threat” to the lives of security forces or Israeli civilians.

In December 2021, Israeli news outlets reported new, looser rules of engagement that seemed to move closer to soldiers’ conduct in practice. The new rules permit soldiers to fire at Palestinian civilians who throw rocks or fire bombs, even if they have ceased to do so and are fleeing by the time soldiers shoot at them. (The open fire regulations are much looser in Gaza; during the 2018 Great March of Return protests in Gaza, soldiers were allowed to use live fire against anyone who merely approached or damaged the fence separating Gaza from Israel.)

In the killing of Abu Akleh, however, the IDF appears to have violated even its own permissive policies. According to an August report in Axios by Israeli reporter Barak Ravid, Secretary of State Antony Blinken told Gantz that, in the Abu Akleh incident, he thought that “either the rules of engagement weren’t followed or they need to be reviewed if an Israeli soldier shot Abu Akleh while she wore a bulletproof vest that was marked ‘press.’”

But according to last week’s IDF report, the soldier who likely shot Abu Akleh did follow the rules of engagement. Abu Akleh was hit “accidently,” the report claimed, while the soldier was engaged in a firefight with Palestinian militants in Jenin “in which life-risking, widespread and indiscriminate shots were fired toward IDF soldiers.” However, investigations by human rights groups and news outlets have shown that there was no firefight in the moments leading up to the killing of Abu Akleh. A live TikTok video by a Palestinian in Jenin that captured the seven minutes before Abu Akleh was shot “shows that the scene was quiet,” B’Tselem found. Despite this, six shots were fired at a group of Palestinian journalists clearly marked as press, injuring one in the shoulder and hitting Abu Akleh in the back of her head. “There’s nothing in the protocol [on the use of live-fire] that justifies the shooting,” said Zaidel. “What made him think he could shoot?”

B’Tselem spokesperson Dror Sadot described “a sense of impunity that makes the soldier in the field feel free to shoot even if they’re not in a life-threatening situation.” “Even if they kill a very known and important journalist that has US citizenship,” she said, soldiers know that no one will be held accountable. The Israeli army has said it will not be pursuing criminal charges against the soldier who killed Abu Akleh.

As the dispute between Israel and the US over the IDF’s open-fire regulations plays out, the Abu Akleh family continues to demand that the US do more to ensure justice for the slain journalist. “Saying that for there to be accountability, they need to change the policies—that is not enough,” said Lina Abu Akleh, Shireen’s niece. “That doesn’t hold the Israeli soldier who killed her accountable. It falls short.” 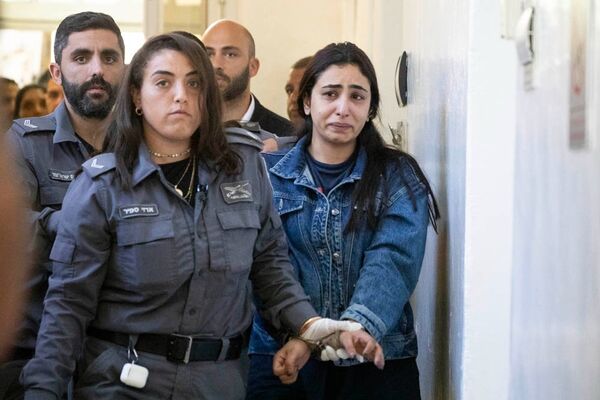 On September 12th, Palestinian journalist Lama Ghosheh was brought to a hearing in a Jerusalem court following her arrest by Israeli forces. “I want to see my kids,” she said. Ghosheh was arrested in her home in Sheikh Jarrah, East Jerusalem last week in front of her two small children. She was detained because of 11 recent social media posts that are said to show support for the Palestinian armed struggle against the occupation. Photo by Oren Ziv/Activestills.

Oren Ziv/Activestills
As part of the Tuesday News Bulletin, Jewish Currents is publishing a photograph taken by members of Activestills every week, archiving ongoing dispossession and resistance from the river to the sea. You can find more information on this collaboration here.
Here’s what else we’re tracking: