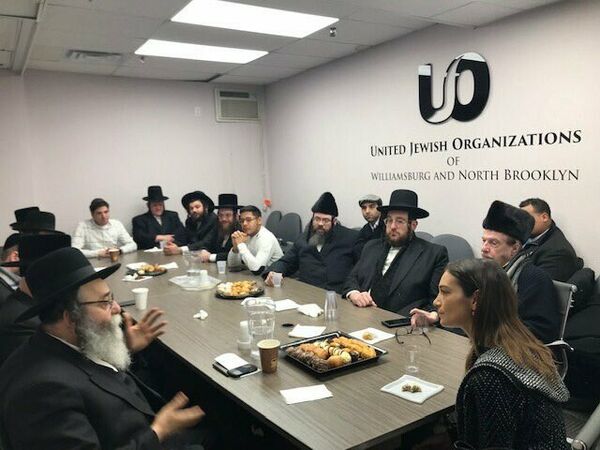 A unique feature of New York politics is that some of the largest and most politically conservative Haredi Jewish communities in the world coexist in close proximity with some of the country’s most politically progressive constituencies, and are often registered in the same state Democratic Party and participate in the same primary races. Because these communities have demonstrated considerable strength as a voting bloc, progressive Democratic elected officials in New York City and State are strongly incentivized to pander to the specific interests of Haredi leaders even when those come into conflict with core progressive values.

This week’s newsletter is an op-ed by Naftuli Moster, the executive director of Young Advocates For Fair Education (Yaffed), an organization that lobbies for Hasidic and Haredi children to have access to the same basic educational curriculum guaranteed to all other New Yorkers. In it, Moster takes several leading progressive politicians in New York to task for having compromised on this issue under pressure from Haredi leaders, and explains why the rights of Haredi children can’t be separated out from a wider progressive project.

Picture this: It’s the end of the annual state legislative session in New York, a time when backroom deals are made to get legislation passed. Special interests, lobbyists, and activists of all stripes are descending on Albany to cajole lawmakers into acting on their priority issues. One legislator representing a Hasidic community in Brooklyn introduces a last-minute bill that, if enacted, would give Haredi yeshivas near complete autonomy on determining their curriculum, torpedoing the state’s ongoing efforts to enforce minimum education standards in yeshivas that fail to instruct their students in basic subjects like math, English, social studies, and science.

This actually happened in late May, and a close observer of New York politics might reasonably assume that the sponsor of the bill in question was State Sen. Simcha Felder, a conservative Democrat and a leading defender of the right of yeshivas to skirt public accountability. But this assumption would be wrong. The sponsor was none other than progressive State Sen. Julia Salazar, a member of the Democratic Socialists of America who became one of the first socialists elected to office in New York in several generations when she took office in 2019.

When my colleagues at Young Advocates For Fair Education (Yaffed)—which lobbies for equal education for Haredi children in New York—and I learned of this, we were devastated. For years, we have pushed for greater oversight of a basic secular education curriculum to better equip graduates of those yeshivas with the tools they need to succeed and to live self-sufficiently. And we were making progress: In March, the state promulgated regulations designed to help districts better oversee non-public schools and enforce “substantial equivalency.”

Salazar’s bill, if passed, could potentially undo all of that and allow yeshivas to form their own accreditation agencies that would in turn rubber-stamp yeshivas that continue to flout the rules. The bill had originally been introduced in the State Assembly by Mike Benedetto, a centrist Democrat, following aggressive lobbying from the MirRam lobbying group, notorious for their shady dealings and their outsize influence in Benedetto’s district in the Bronx. But while Benedetto has long been susceptible to pressure from yeshiva leaders and their lobbyists, Salazar had been a strong supporter of educational equity in the past, in keeping with her oft-repeated progressive values and determination to stand up for righteous causes—for instance, abolishing ICE, or decriminalizing sex work—regardless of their popularity. Indeed, she was one of the first elected officials to meet with Yaffed and pledge her support for our cause following the 2018 primary race in which she defeated incumbent Martin Dilan, who was favored by Hasidic leaders.

What happened? While I can only speculate, a new district map, released five days prior to the bill’s introduction, points to a possible answer: Salazar now has thousands more Hasidic constituents in her district, most of whom despise her progressive ideals and would not be inclined to vote for her. It seems reasonable to conclude that her decision to sponsor this legislation out of the blue and without so much as a call or email to education reform activists was motivated by this new reality. Absent any other explanation, Salazar appears to be throwing Hasidic kids under the bus to ensure her political survival.

Unfortunately, this is more of a pattern than an anomaly. Progressive elected officials have repeatedly rejected opportunities to ensure that Haredi yeshivas comply with state law and provide a basic education to their students. In a similar recent incident, Sen. Zellnor Myrie, a progressive representing Crown Heights and other parts of central Brooklyn, initially said he would co-sponsor legislation that would require non-public schools to certify substantial equivalence in instruction before qualifying for any taxpayer funds—but ultimately chose not to act. Myrie told Yaffed, which had pushed for the legislation, that Chabad community leaders persuaded him against co-sponsoring it after arranging a visit to Oholei Torah, a yeshiva in his district infamous for providing virtually no secular education. His positive impression of the school raised more questions than it answered: Myrie acknowledged that he didn’t see traditional secular subjects being taught, but nonetheless adopted the narrative that the students were well-behaved and that according to yeshiva leaders, their graduates are successful. But whatever impression he got was misleading: Schools that deny kids the education they need can look innocuous on the surface; kids being denied an education can be perfectly obedient; and a rigorous religious education is no substitute for the basic skills students need to participate in society beyond Haredi communities. Follow-up communications to his office, which included evidence that secular education is absent from the yeshiva in question, went unanswered.

Disappointingly, some progressive officials have gone out of their way to pander to the most extreme factions of the Haredi community. Last year, Democratic Socialist Assembly member Emily Gallagher’s chief of staff, Andrew Epstein, traveled from Brooklyn to suburban Tarrytown to attend an annual celebration by the Orthodox Jewish Public Affairs Committee (OJPAC), an organization that has openly pushed Covid denialism, vaccine skepticism, and anti-education propaganda. OJPAC’s founder, Yossi Gestetner, publicly berated Donald Trump for calling off the January 6th insurrection and telling his supporters to go home. This year, progressive City Councilman Lincoln Restler made that same trek and posed proudly with OJPAC attendees and affiliates.

Progressive Sen. Alessandra Biaggi, who is now running for Congress to represent part of the Hudson Valley, declined to co-sponsor our legislation for fear of upsetting her constituents, even though in the past she has agreed with the basic premise. Rep. Mondaire Jones, a progressive Democrat who currently represents New York’s 17th Congressional District, told us he didn’t want to get involved in anything that could be controversial with the district’s Haredi leaders. One of Jones’s leading primary rivals in the newly redrawn 10th District, former Mayor Bill de Blasio, is notorious for his pusillanimity on this and other issues related to the Haredi community.

A friend recently asked what I expect of individuals who represent districts with large Haredi populations: “Of course they’re aligned with you in principle, but they need to get reelected, after all. What is the problem with pandering for votes, getting elected, and then using that power to pursue their many other worthy priorities?” But if progressive politicians allow special interests to dictate their position on this issue, against the public good, that should concern activists across the board; who knows what other core values they might be willing to discard in the name of expediency?

There’s a common misconception that a basic education for students in Haredi yeshivas is a niche issue—a minor injustice at most, one that can be safely sacrificed for the greater good. This attitude is shortsighted and fundamentally unprogressive, dismissing the welfare of tens of thousands of children—65,000 and counting, by our estimates—who are being denied an education. Developments in the Haredi community are not self-contained, as we learned during the pandemic when large weddings were held in Borough Park and Williamsburg in defiance of public health regulations—a problem undoubtedly exacerbated by low levels of educational attainment and a lack of exposure to fundamentals of science.

During the recent January 6th Committee hearings in Washington, Republican Rep. Adam Kinzinger—who has effectively ended his political career by pursuing the truth about the Trump administration’s role in the attempted insurrection—said that the moment reelection becomes more important than the basic values on which a politician ran for office is also the moment holding office no longer becomes worthwhile. This conclusion is one well worth considering for progressive politicians willing to cut deals with yeshiva leaders looking to maintain an unjust status quo.

We deserve representatives who are consistent in their values, and who do not choose their narrow electoral interests over the constitutional right of all children to a sound basic education. Standing up for the rights of these children, who cannot vote and are not of an age where they understand the profound damage being done to them, is a crucial test of sincerity for political figures who purport to give voice to the voiceless and to fight for the most vulnerable in their districts. Unfortunately, many politicians widely admired in our community are failing this test. It is not too late for them to do the right thing for children currently being deprived of the tools they will need to determine their own futures.

As I prepare to step away from leading Yaffed, after enduring ten years of heartache and betrayal from politicians who refused to do the right thing, it remains my hope that my successor and my peers can someday count on progressive politicians to act according to their professed values and stand up for the rights of New York’s most vulnerable children to a sound basic education.