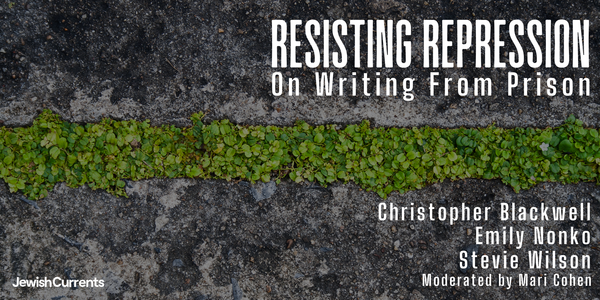 Christopher William Blackwell is a Washington-based award-winning journalist currently incarcerated at the Washington Corrections Center. He was raised in a mixed Native American/white family in the Hilltop area of Tacoma, Washington, which was ravaged by over-policing, gangs, violence, and drugs during his upbringing. His first experience of incarceration came at the age of 12. In the 28 years since, Christopher has earned a college degree and has become a restorative justice facilitator and a leader in prisoner-led mentor programs. Christopher and his wife, Dr. Chelsea Moore, co-founded Look 2 Justice, a grassroots organization led by criminal legal system-impacted people that works to transform the legal system by providing civic education and empowerment programs for incarcerated people and their loved ones.

He got his start in journalism in March 2020 with a breaking story that exposed what coronavirus quarantine looked like in prison after a guard tested positive where he was confined. His wife used to spend hours transcribing his stories from the prison phone. Since then, he's published widely. His work has been featured across the country in the Washington Post, Boston Globe, HuffPost, The Marshall Project, Insider, Jewish Currents, BuzzFeed, The Appeal, and more. He is currently in the process of working on a book manuscript about solitary confinement.

Stevie Wilson is a Black queer abolitionist activist, writer, and organizer currently incarcerated in Pennsylvania. His work has appeared or is forthcoming in Jewish Currents, The Journal of American History, Black Perspectives, and Dazed. His work has also been anthologized. He is an editor of In The Belly and a columnist for The Abolitionist.

You can follow him on Twitter at @agitateorganize or read his work on the blog Dreaming Freedom.

Emily Nonko is a social justice and solutions-oriented reporter based in Brooklyn, New York. She and Rahsaan "New York" Thomas co-created Empowerment Avenue, a collective to support incarcerated writers and artists get their work outside prison walls and be fairly compensated for it. In 2021, she was a Solutions Journalism Network LEDE fellow to help seed solutions journalism inside prison as well as a co-editor of the Press in Prison guidebook.

Mari Cohen (moderator) is an assistant editor at Jewish Currents, where she edits the magazine’s submissions from incarcerated writers. Her reporting on incarceration and criminal justice has been published in Injustice Watch, the Chicago Reader, the Chicago Sun-Times, Chicago Magazine, and The Appeal.