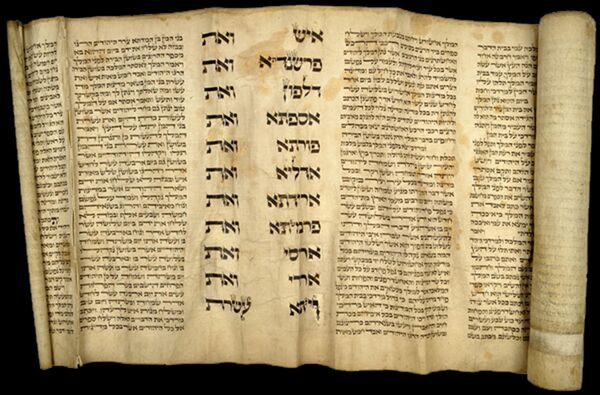 In her recent piece on Holocaust memorial efforts at Babi Yar in Kyiv, Ukraine, Linda Kinstler considered the inadequacy of the disparate physical monuments on the site to tell a cohesive story about what had occurred there. In discussing this built chaos, the Ukrainian historian Vitaliy Nakhmanovich reflected on the fact that the most powerful monuments are not necessarily built: “The Passover Haggadah—that’s the only memorial to the flight out of Egypt.”

This week, as we read the Megillah in honor of Purim, and prepare to read the Passover Haggadah in a few weeks’ time, we are reflecting on how we build ourselves through stories, and how a compelling record can become a lasting monument. Indeed, as Russian airstrikes have partially destroyed buildings on the Babi Yar site and scattered the project staff across the country and the world, Kinstler’s story serves as its own monument to a memorial effort whose future is now in doubt.

Today, we are sharing a selection of recent pieces from Jewish Currents that speak to the power of stories, and their impact on the formation of Jewish identity in the present moment.

- Fables of Finitude: Our Web Editor Nora Caplan-Bricker reviews Sheila Heti’s latest novel Pure Colour, and considers what kinds of stories will prepare us for the end of the world.

- An American Talisman: Contributing Writer Eli Valley asks which kinds of Jewish stories would suit the Tennessee school board that banned Maus.

- The Israeli Black Panther Haggadah: Originally written in 1971, this updated bilingual protest haggadah is a record of the radical Mizrahi movement, which includes a new introduction by founding member Reuven Abergel, and new historical footnotes providing crucial context about the Panthers and their world. You can still order a copy by this Friday, 3/18 to arrive in time for your Seder.

As Kinstler writes in her piece, “A narrative can outlast even the sturdiest stones.” We hope the stories we tell, and what we’re building at Jewish Currents will continue to enrich and inform our readers amid a tumultuous present. Especially in these difficult times, we extend our best wishes for a joyous Purim filled with sweet tidings.