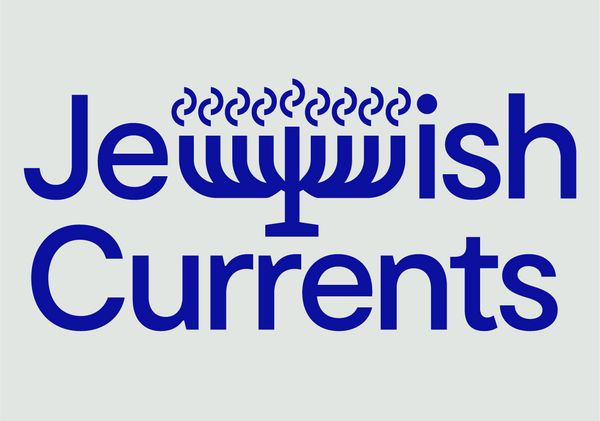 Chag Urim Sameach! This year we are celebrating Hanukkah by introducing our readers to a new member of our incredible staff each night as we reflect on the work we’re most proud of from 2022.

We believe something amazing is happening here at Jewish Currents, but we can’t make miracles without your help. We don’t depend on venture capital to fund our work and we don’t accept paid advertising. Rather, it’s your engagement and support that makes the labor of our writers, editors, artists, and fact-checkers possible, and allows us to continue exploring the questions that are most vital to today’s Jewish communities. We’re excited to shine a light on the people behind Jewish Currents, to share with you exactly who and what you are supporting when you read, listen, donate, and subscribe to our magazine. 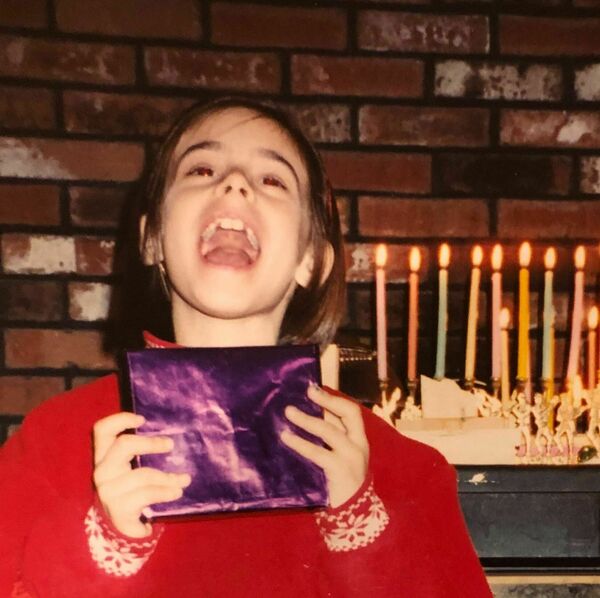 It’s hard to pick just a few favorites from all the work by amazing writers that we published in 2022—but the pieces that shaped my own thinking most directly were boldly argumentative essays that intervened in the realm of politics and ideas. I loved working with the writer Kay Gabriel on her essay about organizing for police abolition. Kay makes a case for doubling down on an “inside-outside strategy,” in which movements struggle “both inside and outside state apparatuses with an eye to achieving radical demands”—working not only to elect their members, but also to set the agenda for those legislators once they are in office. In a year that brought lots of reasons for rage and despair, Kay’s piece feels galvanizing because it takes as a given that winning is possible, and devotes itself to the question of how. Drawing on sources from the work of the theorist Stuart Hall, to the strange text of Eric Adams’s mayoral campaign, to Kay’s own experiences organizing to defund the police, the essay offers a persuasive vision of how the left might build power without compromising on principle.

I also learned an incredible amount from working with Noura Erakat and John Reynolds, two brilliant scholars of international law and human rights, on their essay about Palestinian critiques of Israeli apartheid. The piece begins by rejecting the legalistic definition of apartheid employed by legacy human rights organizations and instead proposing a more materially rooted understanding in the tradition of a radical Palestinian intellectual history that goes back to the 1960s. As Noura and John make clear, they wrote this piece not only in the name of accuracy, but in the interest of efficacy: “To agree on what it would take to end apartheid, we must first understand what apartheid is.” Like Kay’s piece, theirs begins from a constructive premise: that leftists and progressives can and must work through thorny differences—intellectual disagreements, divisions over strategy—in order to build a better world. (In fact, Noura and John went on the Jewish Currents podcast to discuss their critique of legacy human rights organizations with Omar Shakir, Israel and Palestine Director at Human Rights Watch, and my colleague Alex Kane.) Jewish Currents feels most vital to me when it serves as a space for meaningful debate—and I look forward to all the chances we’ll have to do more of that work in the year to come. 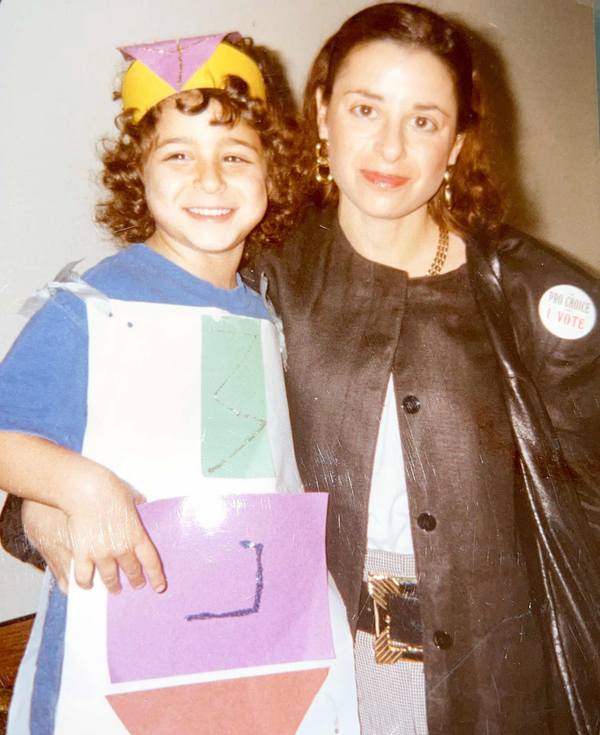 Arielle dressed as a dreidel with her mother.

When we began working on this year’s Soviet issue, we knew we were telling important stories, but we couldn’t have predicted just how urgent they would become. More than a year in the making, requiring an entire auxiliary committee of subject experts, and dealing in historically and emotionally complex issues, the double issue was released just as Russia invaded Ukraine, shifting the stakes of the articles at the moment of their publication. The issue did a number of important things: It strove to complicate the established history of the Soviet Jewry movement—often told as a triumphant, nationalist story of American and Israeli Jews “saving” Soviet Jews”—and to resurface the nuance in Soviet émigré narratives. We achieved that in part by shifting focus to the next generation, to those who emigrated as children: We published Bela Shayevich’s striking essay about becoming an American Jew, Egina Manachova’s reflection on her family’s shifting status fleeing one police state for another, and a conversation between millennial post-Soviet Jews on the left. Among other things, these pieces puncture the appearance of hegemonic conservatism common among the older generation of Soviet Jews, making room for a new generation of communal political actors.

But the accomplishments of the Soviet issue are not limited to the big features. For an editor, it’s all about the details. In Mark Krotov’s satirical book catalog for a fake conservative publishing imprint focused on Soviet Jews, our art director Marc Jonathan Costello’s book designs were so believable that many in our readership thought they were real (much to their chagrin). When the magazine went to print, the printer sent an excited note when he realized that one of the pages was, in fact, the makings of a folded paper “fortune-teller”; he immediately assembled it and sent a photo. In the months since we’ve published the issue, I’ve listened to this recording of Ilya Kaminsky reading an English translation of Israel Emiot’s “Prayer of a Man in Snow” dozens of times. It has become like a favorite song—or a prayer. Perhaps not everyone will notice these bits and pieces, these little moments of delight, but it’s the reason why I do this work, and why I’m always so excited to share it with you.

To continue publishing creative, riveting work like the pieces Nora and Arielle mentioned above, we rely on our community of supporters and subscribers. Please consider sustaining our work by making a donation or subscribing to Jewish Currents today. Our subscriptions also make great gifts!

As a small token of our appreciation for our community of readers and contributors, we are also offering newsletter subscribers 36% off of anything in our online store if you use the code GELT2022. Shop Jewish Currents gifts—like our tote bags, back issues, and special editions—for your friends and family (or yourself!).

Thank you for your continued support, and we wish you a relaxing and peaceful holiday season, no matter what you celebrate.

Make a Donation to Jewish Currents