jessie little doe baird of the Mashpee Wampanoag Tribe discusses what’s at stake this week in the federal ruling regarding the tribe’s land and sovereignty. 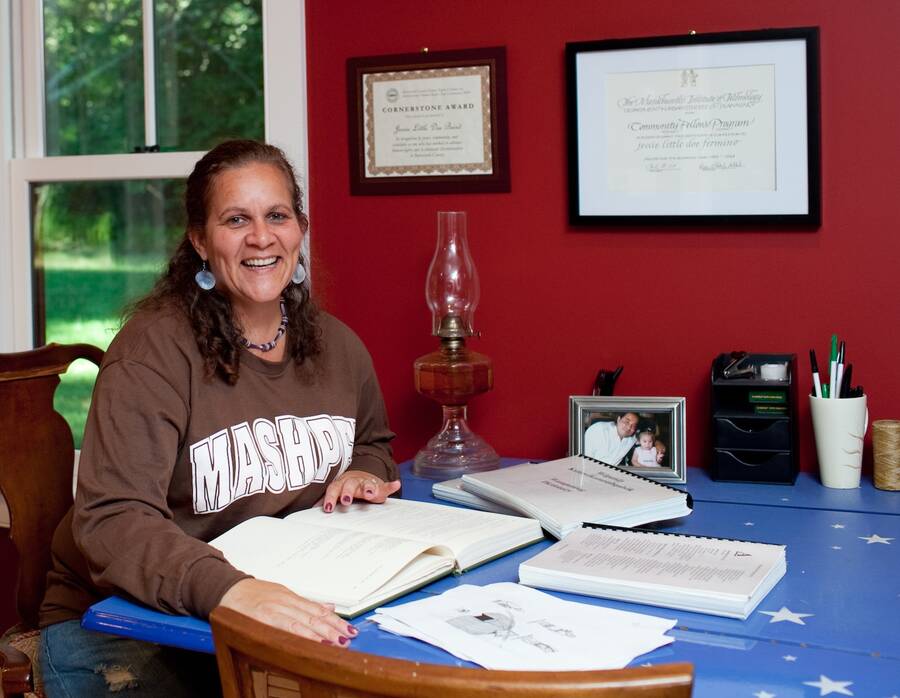 On March 30th, the federal Bureau of Indian Affairs (BIA) informed the Mashpee Wampanoag Tribe of Massachusetts that it would be removing 321 acres of Mashpee Wampanoag land from the federal trust and repealing the land’s reservation designation. Though the Mashpee Tribe has stewarded the land known as Cape Cod for 12,000 years, the BIA’s move comes just five years after the land was put in trust, and 13 years after the tribe received legal federal recognition. The decision is the result of a lengthy legal battle regarding whether or not the Department of the Interior had the authorization to take the land into trust in the first place, based on the 1934 Indian Reorganization Act. The Mashpee Tribe has appealed the BIA’s actions, and on May 7th, a federal judge will decide if the tribe gets to maintain its land and social structures. As that date approaches, the tribe has invited supporters to sign their petition asking the United States Congress to pass legislation reaffirming their sovereignty over the land, and to petition members of Congress in support of the bill.

The Mashpee Tribe was the first to interact with the Pilgrims who arrived on the Mayflower nearly 400 years ago, and were massacred on the first Thanksgiving. In 1970, the tribe dubbed this day the National Day of Mourning to rectify the erroneous story of a peaceful shared meal. Out of the original 69 tribes of the Wampanoag Nation, the Mashpee Tribe is one of only three that remain, after four centuries of fighting in colonial wars, signing treaties that were broken by the US, and of having colonial religions, language, and citizenship forced upon them.

In the days leading up to the judge’s ruling, I spoke with jessie little doe baird—the vice chairwoman of the Tribal Council, a citizen of the Mashpee Wampanoag Tribe, and the co-founder of the Wôpanâak Language Reclamation Project. We spoke about what’s at stake this week, and how land, culture, and language are intertwined.

Ray Levy-Uyeda: Can you help me understand what a land trust is, and why it’s being revoked?

jessie little doe baird: I will start by saying that we’ve never actually ceded our lands away. We are the first American Indian people to use an alphabetic writing system, and we’ve got hundreds of documents written in Wampanoag, including deeds. People created these as soon as we learned that dealing with European settlers meant we needed to have agreements codified on paper. So we do have a deed to Mashpee that says we will have it as long as Mashpee Wampanoag are alive. The federal government acknowledges that there is a sovereign nation of Indigenous people that have consistently been in existence and governed themselves since before contact [with settlers].

When a particular tribe holds some property, in order to properly govern on this land, it must be held in trust by the federal government to be considered “Indian country” and [it must] have what’s called a reservation proclamation. You could be a federally acknowledged governing people, but have no trust lands, which makes it really difficult to govern. When you have “land in trust” you can have your own programs and businesses, to run as you see fit. You’re treated as a state.

The application [for this designation] is 14,000 pages. It’s an arduous process. We finished that process and had some of our lands placed in trust in 2015. We got busy right away, and we now have our own court system, our own police system, our own school. We have a medical clinic, a dental clinic. We have a shellfish aqua farm business. We’re in the process of a food sovereignty business, and we were planning a casino as part of economic development.

RLU: So would taking the land out of trust force you to dissolve your education system, healthcare system, food sovereignty system, and so on?

jldb: Yeah. And our housing: we’ve also got 42 houses under construction on 24 acres of the reservation. We would have to operate under the laws of the town of Mashpee or the city of Taunton, and that type of zoning is not allowed in Mashpee; you can only put one house every two acres.

Our school is not a charter school, it’s a reservation school—preschool to grade three. We teach subjects in our language. We don’t have a childcare license in the state of Massachusetts. The town of Mashpee does not have a licensing structure to accredit private schools, so we would have to close ours.

jldb: It’s a violation of their trust responsibility. We’ve paid with our blood, and we’ve paid with millions and millions of acres of land that have been lost so that we could coexist with the United States. They’re not giving us anything.

RLU: Can you be a tribe without land?

jldb: Yes, you can be a landless tribe, but this would mean that a tribe has no sovereign territory or right to govern those lands.

RLU: What was your motivation for starting the Wôpanâak Language Reclamation Project in 1993?

RLU: I’m wondering how you went about reclaiming a language that didn’t have a lot of speakers.

jldb: It had no speakers for six generations. Wampanoag, the language spoken by those 69 tribes, is one language in a family of roughly 40 languages. The family itself is called the Algonquian Family. Wampanoag people started writing in their language in the 1600s. More documents are written in Wampanoag than in any other Native language on the entire continent, so there’s plenty of material to draw from.

RLU: What have you been able to learn about culture by rebuilding and reconnecting with language?

Language has been able to answer some unanswered cultural questions. For example, at one point during our traditional burial ceremony, people place pine in the grave. When you grow up doing that, you don’t think about it—it’s just something that’s part of that ceremony. But while I was doing language research, I came across a traditional creation story in Wampanoag. And that story answered for me why we place pine in the grave, and why a pine tree is considered animate.

RLU: It seems like the language is almost a way of interacting with time.

jldb: That’s a really good way to explain it. It’s a way of having your 10th great grandfather sitting there giving you information.

RLU: I notice when I’m around young children, they ask the question “why” a lot about things that I take for granted. I’m wondering if you have that experience, too, with the younger children in the school who are asking “why” about daily practices, or why a word sounds the way it does. Now it seems like you’re able to answer those questions and point to the historical origin.

jldb: Yes, and one of the great things about the school is it’s what’s called CBE—culturally-based education. So all of the core curriculum for math and science and geography are built around the seasons, and what happens in the Wampanoag community. You get to incorporate ceremony and culture and foodways into those lessons.

RLU: What are you hopeful will happen next week?

jldb: I’m really hopeful that when our case is argued in court that the judge on the bench is listening to Wampanoag law, which is the internal voice that rights your way and tells you “this is right and this is just,” or “this is a good thing to do and this is not a good thing to do.” I’m hoping that unômât8ôk—the law—is at play next week. In Wampanoag, this means we are born with a sense of what is just and fair, placed there by our Creator, to assist us in knowing how to conduct ourselves.

RLU: It sounds like Wampanoag law is about doing the thinking for oneself and listening to one’s own sense of integrity.

jldb: It is, although I think that it’s important to have the structure of US law, because even the voice inside of us can sometimes be subjective. We come from different traditions and cultures and teachings, and that needs to be respected. And I think that is what is at the heart of sovereignty. The concept of trust lands is about having sovereignty, about being able to direct the course of your own people. That’s really what’s at stake here.

Ray Levy-Uyeda lives and works in the Bay Area, where she writes about justice and movement work.