I’ve never set foot in Ukraine, and yet I grew up in its shadow in southern Brooklyn. Much like the actual Ukraine is missing from my life as a post-Soviet Jew, there’s something of Ukrainian Jewry that is distinctly lacking from Nicholas Muellner and Helen Betya Rubinstein’s essay “Travesty Show.”

One has to ask of Muellner and Rubinstein’s young Ukrainian friends—are they blind? Did they find some subterranean rock to nap under for the past few years, as the Jewish comedian Volodymyr Zelensky won the presidency? How can one only mention Jews in Ukraine in the past tense, when from 2016 to 2019 the prime minister was a man with a name (Groysman!) that would have gotten my father beaten up in the Khrushchyovka in Kyiv where he was raised. Why talk about Jews in Vinnytsia as if there were none left after the war? Where is the Ukrainian Jewish voice? Ау! Ау! Куда делись?

Listen, it’s legitimate to mourn the way the conversation about Ukrainian Jews seems to be stuck in the past tense, concerned more with graves and massacres than with the ongoing presence of life. But it’s strange for us post-Soviets to perpetuate this misdirection of attention. My grandfather, still living in the same apartment in Kyiv he’s inhabited all his life, is alive enough to go receive food and aid from his temple each week. To the Ukrainians who speak of us as if mourning some great and terrible catastrophe, I say that we are there to be seen, but only if one is willing to look. 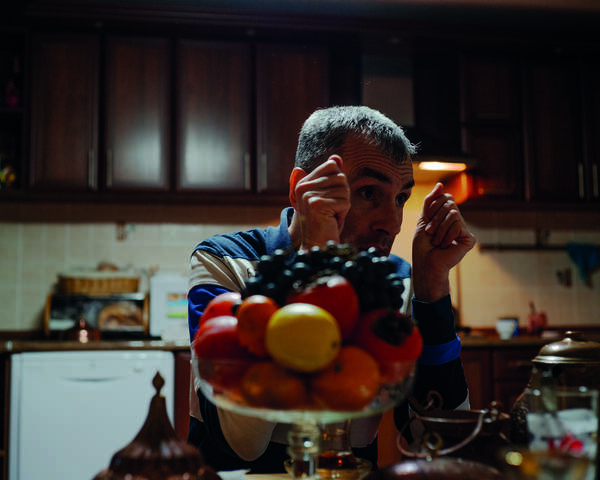