Letters / On “A Pantomimed Reckoning”

Without diminishing Hazem Fahmy’s overarching analysis and conclusions in “A Pantomimed Reckoning,” I would like to offer two points that complicate the issues under consideration, and perhaps suggest that the Israeli artists critiqued in the piece merit a measure of empathy.

The first is that Israel’s 1982 invasion of Lebanon, an escalation of its war on the Palestine Liberation Organization (PLO), took place against the backdrop of the ascension of the country’s first right-wing government, a reflection of a shift in Israeli demographics. Most of the soldiers who made up Israeli combat units came from parts of society that had supported the prior social democratic government, and did not feel represented by the new leadership that planned and executed the invasion. Thus, there’s a good argument to be made that Israeli soldiers’ feelings of disengagement from the Lebanon adventure, as portrayed in the films of the “Lebanon trilogy” that Fahmy critiques, were in fact genuine: What is known to this day as “Israel’s first elective war” did not have even the semblance of a defensive purpose, and did not seem to the soldiers who fought in it to be made of the same stuff as previous wars.

The second fact is related to the first. It is the existence of a cycle of iconic films about the Lebanon War made by Israeli directors in the 1980s and early ’90s—in other words, in the run-up to the Oslo agreements. This cycle, which predates the more famous “Lebanon trilogy” by roughly two decades, includes Eli Cohen’s bittersweet Shtei Etzbaot Mi’Tzidon (Two Fingers from Sidon) from 1986—made by the IDF film and photography unit—as well as Haim Bouzaglo’s scathing anti-war Onat Haduvdevanim (Time for Cherries) from 1990, and Eran Riklis’s masterful Gmar Gavi’a (Cup Final) from 1991. These films give us a more synchronous view of the Lebanon invasion that is no less full of misgivings and disenchantment. It might still be true, as Fahmy suggests, that a rapid and decisive victory in Lebanon would have obviated Israelis’ desire to undertake a cinematic reckoning with the war. But it’s hard to say for sure, since the war was considered a misadventure almost from the start.

Still, there is a difference between the two cycles of Lebanon War films that would be profitable to dwell upon. Whereas Fahmy is right to note that the “Lebanon trilogy” focuses on the victimhood of the Israeli soldier and practically ignores the Palastinian foe, the earlier cycle incorporates Palestinian actors and characters—for example, Mohammad Bakri portraying a charismatic PLO captor in Gmar Gavi’a—in a manner that reflects a willingness for co-existence and cultural dialogue. Though full of soldiers shooting, then crying, these films were made in a time when a Jewish–Palestinian solidarity could still be imagined. 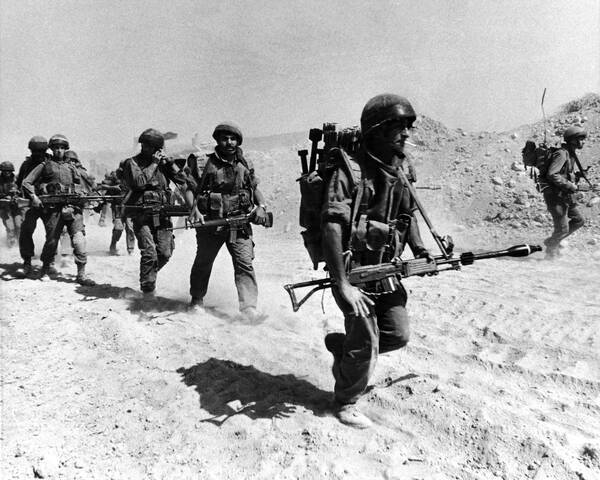 Review
A Pantomimed Reckoning
Forty years after the catastrophic invasion of Lebanon, the films of Israel’s “Lebanon Trilogy”—often understood as works of “anti-war cinema”—appear instead as efforts to sidestep accountability.
Hazem Fahmy November 10, 2022