Let the Right Have the Conference of Presidents

Liberal groups have an opportunity to reassess their membership in a body designed to rubber-stamp right-wing policy. 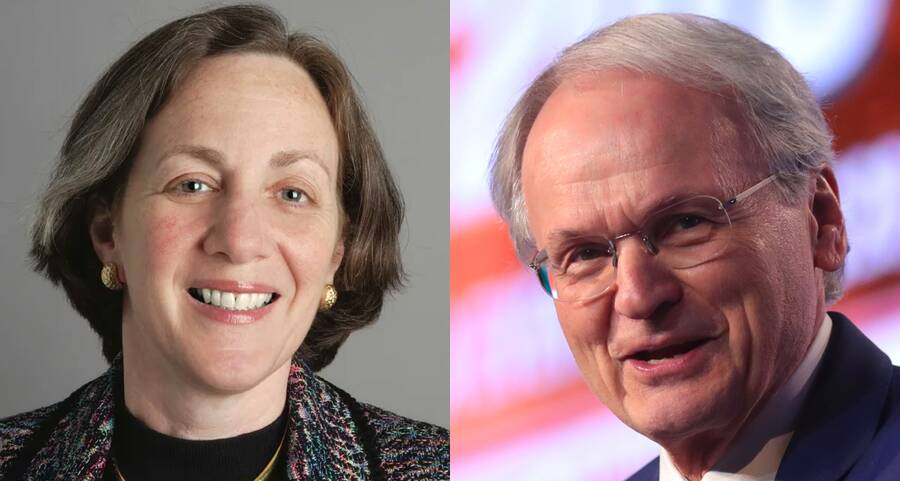 THE CONFERENCE OF PRESIDENTS of Major American Jewish Organizations announced a surprising, albeit small, concession on Monday morning. After a week of sustained pressure from Zionist Organization of America (ZOA) President Mort Klein, who fashions himself as the White House’s inside man in the institutional Jewish world, the Conference of Presidents announced that it would wait until 2021 to formally install HIAS chair Dianne Lob as the new chairman of its board.

It is Lob’s chairmanship of HIAS, the immigrant and refugee resettlement group, that has postponed her appointment. Klein and the ZOA said that Lob did not possess “the requisite extensive network of relationships” to run the board, according to emails obtained by Jewish Insider, but this is a charitable misdirection. Well-known in the Jewish world as a mouthpiece for his billionaire patron Sheldon Adelson, and as a media surrogate for the Trump administration, Mort Klein has inveighed against HIAS and their work in the last few years in increasingly extreme, racist terms. Last year, HIAS was among a number of member groups that filed a formal complaint against Klein through the Conference of Presidents for his relentless “name-calling,” which resulted in a formal reprimand of Klein.

On Tuesday, the Conference of Presidents membership formally voted Lob in as the new chair-elect by a lopsided margin of 31-8 (with five abstentions and five no-shows). The reported vote tally measured against the Conference of President’s willingness to accommodate Klein reveals what the organization has long sought to obscure: that the hard right, represented by Klein but not only Klein, holds disproportionate power when it comes to the group’s most important decisions. Yet Klein’s attack on Lob could, theoretically, also present an opportunity. The putatively liberal groups that belong to the Conference of Presidents—from the Union for Reform Judaism to Americans for Peace Now to the National Council of Jewish Women—should have left long ago, as the organization defended the right-wing policies implemented by successive Netanyahu governments. Now they have another chance to do so, and they would be wise to take it. The Conference of Presidents was created to defend Israel’s actions, even, or perhaps especially, its most indefensible. With Israel’s annexation of the West Bank scheduled for early July, the conference’s liberal members are otherwise poised to help put the very last nail in the coffin of the moribund two-state solution they claim to support.

Founded in 1881 as the Hebrew Immigrant Aid Society, HIAS has not historically been a particularly controversial organization. It has long done work close to the heart of the Jewish establishment: assisting Eastern European Jewish immigrants, resettling Holocaust survivors, and helping Jews leave the Soviet Union. These days HIAS works significantly with Muslim refugees, which has made it into a target of the Trump administration, the immigration-obsessed right-wing media ecosystem (which explains why someone like Mike Huckabee weighed in on Lob’s appointment), and the white nationalist far-right; the perpetrator of the 2018 Squirrel Hill massacre infamously cited the organization’s work in antisemitic rants on social media. “Trump of course hates HIAS,” Klein told Jewish Insider on Monday, “and now Trump will want nothing to do with the Conference.”

Much to the chagrin of hard-right types like Klein, the Conference of Presidents presents itself as a traditionally bipartisan affair. The umbrella organization was, until recently, led by its current vice chair, the conservative Malcolm Hoelein, whom Tablet described in 2010 as “the unofficial king of the Jews.” Lob’s appointment as chair marked the latest step in Hoenlein’s succession plan, which has been underway since he announced his retirement in 2018. The group’s new CEO, William Daroff, was previously a Republican political strategist, while Lob, by contrast, kicked in $1,000 to Hillary Clinton in the 2016 election and has served on the board of HIAS since 2010. She’s a Wall Street executive with stints at J.P. Morgan and AllianceBernstein, the kind of corporate liberal whose presence is familiar in American professional Jewish life.

Yet the nominal ideological differences between Daroff and Lob should not obscure the real purpose of the Conference of Presidents: to defend Israel in the public sphere. The Conference of Presidents was originally set up in the 1950s, during a more strained period of Israeli–American relations, as part of a new wave of “united front” pro-Israel lobby groups. The inciting event, as historian Doug Rossinow writes, was the 1953 Qibya massacre: an Israeli military raid on a Palestinian village in Jordanian territory that killed 69 Palestinians, the majority of whom were women and children. (The instructions given to the troops, according to documents found by the Israeli historian Benny Morris, were “to carry out destruction and maximum killing with the aim of driving the inhabitants of the village from their homes.”) Israeli prime minister David Ben Gurion insisted that the attack had been carried out by Jewish vigilantes and not the military, though a United Nations investigation found otherwise. With the support of Dwight Eisenhower and his secretary of state, John Foster Dulles, the UN passed a measure censuring Israel. Supporters of Israel understood the scale of the public relations disaster before them; the venerated Israeli diplomat Abba Eban described the moment as having “brought our international standing to the edge of the abyss.”

The response to the fallout from Qibya would shape the American Jewish establishment’s strategy in the following years. Support for Israel would be framed as an uncontroversial shared interest of Jews, Americans, and American Jews. By bringing together motivated Zionists and comparatively apathetic “non-Zionist” American Jews, the Conference of Presidents and AIPAC were able to bring the Zionist cause gradually into the political mainstream. This quiet “reconstruction” helped prime the pump for the American Zionist fervor widely felt after the Six-Day War in 1967.

The Conference of Presidents benefitted then as now from the popular impression that it’s a non-partisan Jewish communal institution—as opposed to a single-issue, pro-Israel lobby—given both its name and the diversity of its 49 voting member organizations, which include the Jewish fraternity AEPi, the Union for Reform Judaism, the American Jewish Committee, the ZOA, and HIAS. In recent years, the Conference of Presidents’ greatest undertaking was its failed effort to thwart the 2015 Iran nuclear deal, a cause in which it tried (with some success) to enlist its more liberal members. And there were limits to the range of views Hoenlein was willing to accomodate; in 2014, the center-left pro-Israel group J Street applied for membership and was rejected.

In retrospect, J Street’s rejection was a harbinger of a more fractious intra-communal Jewish politics. The bipartisan era in which the Conference of Presidents thrived is now over. Israel matters less and less to American Jews. The Democratic Party has a few actual, out-and-proud BDS supporters in Congress, while AIPAC was forced to apologize for running ads that called some of these members a more dangerous threat than ISIS. Increasingly, the former consensus managers now find themselves staking out ever more right-wing positions not supported by the bulk of the Democratic Party: the most packed room I saw at the AIPAC Policy Conference in 2018 was a basement across the street stuffed with Israeli politicians discussing a settler program too radical for the official conference schedule. HIAS—whose patrons are Wall Street executives and which proudly describes itself as pro-Israel—scans as the kind of modest socially liberal cause with which old guard Republicans could be comfortable, but the new political center of gravity in the pro-Israel world is on the anti-immigrant far-right, where HIAS is viewed as a key cog in the supposed liberal Muslim immigration machine.

Over the next year, Dianne Lob, who describes herself as a Zionist and an ardent lover of Israel, will serve as the chair-elect of the Conference of Presidents. She may even assume the chair of the board at the end of her term. But her future has already been circumscribed by forces beyond her control. The consensus she and her organization represent are relics of a bygone political world. And for Klein and his supporters on the right, Tuesday’s vote has not settled the issue. “We vehemently oppose her being chair of the conference,” Klein told Jewish Insider on Tuesday. “This was a mistake on so many fronts.”

With right-wing groups no longer willing to play nice, there is little reason for the liberal groups that are part of the Conference of Presidents to silently take a beating in the hope of eventually winning a fraction of influence. In fact, liberal Jewish organizations have empowered those on the Trumpianized right who hope to expel them from the communal “big tent” by seeking compromise and consensus instead of standing up for their stated values. Time and again, they fall back on familiar tics: always attempting to dialogue and build bridges, and always doing so behind closed doors to maintain the facade of a unified community (leaving the dirty work of punching back, naturally, to their friends further left). The institutions of Jewish liberalism have condemned themselves to irrelevance, signing a political DNR in the hopes that things might one day go back to “normal.” Other futures, however, are more promising. To save themselves, such groups would likely be better off leaving the Conference of Presidents to form something of their own.