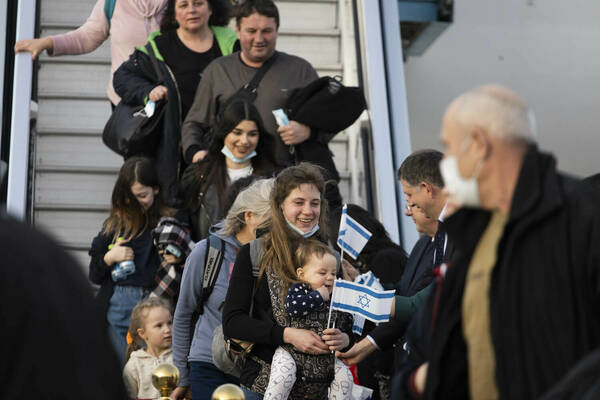 Jewish Ukrainian immigrants descend from a plane landing at Ben Gurion International airport near Tel Aviv on March 6th, 2022. The Israeli government and the Jewish Agency are involved in an ongoing mission to absorb Jewish immigrants from the war in Ukraine. According to media reports, the World Zionist Organization’s Settlement Division plans to place about 1,000 new portable structures for immigrants from Ukraine, some of them in the occupied West Bank and Golan Heights. Since 1948, Palestinian refugees have been denied entry and return to their land. And since the arrival of thousands of refugees from Sudan, South Sudan, and Eritrea in the 2000s, Israel has threatened them with deportation, sent refugees to a detention camp in the desert, and taken money from them.