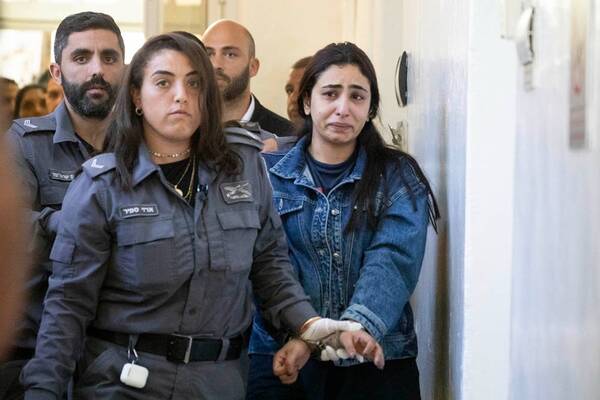 On September 12th, Palestinian journalist Lama Ghosheh was brought to a hearing in a Jerusalem court following her arrest by Israeli forces. “I want to see my kids,” she said. Ghosheh was arrested in her home in Sheikh Jarrah, East Jerusalem last week in front of her two small children. She was detained because of 11 recent social media posts that are said to show support for the Palestinian armed struggle against the occupation. Photo: Oren Ziv/Activestills.