Pressuring social media platforms to adopt the IHRA definition of antisemitism is the latest strategy to silence critics of Israel. 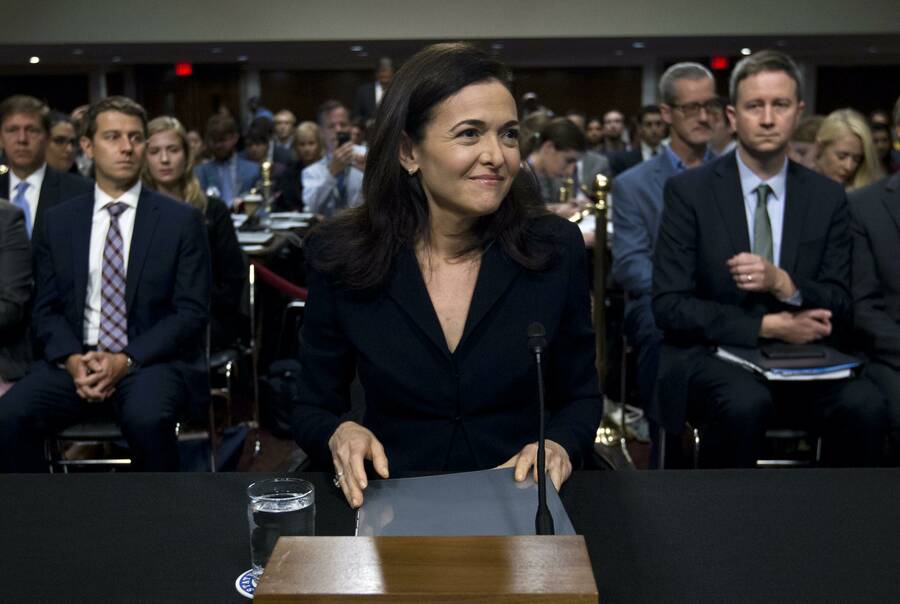 ON AUGUST 7th, amid broad efforts to get Facebook to clamp down on extremist activity and hate speech, more than 120 organizations sent a letter to the social media giant, urging it to “fully adopt” the International Holocaust Remembrance Alliance (IHRA) working definition of antisemitism as the “cornerstone of Facebook’s hate speech policy regarding antisemitism.” This definition, which was adopted by the IHRA in 2016 and has been promoted to governments worldwide, includes several examples of what it describes as “contemporary” antisemitism—including “denying the Jewish people their right to self-determination, e.g., by claiming that the existence of a State of Israel is a racist endeavor” and “applying double standards” to Israel—that can be interpreted to define much criticism of Israel, Israeli policies, or Zionism as antisemitism.

This letter represents the latest front in the battle to use the IHRA definition to officially exclude criticism of Israel from the bounds of acceptable discourse. It was spearheaded by pro-Israel attack dog StopAntisemitism.org, which is funded by hardline pro-Israel philanthropists Adam and Gila Milstein. The group is perhaps best known for publicly labeling critics of Israel, including some Jews, as antisemites. So far, the list of signatories to the Facebook letter is a “who’s who” of right-wing groups dedicated to defending Israel from criticism, many of which are also funded by or associated with the Milsteins; in The Jerusalem Post, a former Israeli Knesset member who is associated with one of the signatories credited the Milsteins’ foundation with initiating the campaign. Their effort enjoys the public backing of the Israeli government: Israel’s new Minister of Strategic Affairs, Orit Farkash-Hacohen, told the Post, “I welcome the initiative and call on more bodies and organizations to join the clear demand for change.”

Yet, as attorney Kenneth Stern—an expert on antisemitism who was the lead drafter on the text that became the IHRA definition—has repeatedly expressed, this definition and its examples were never intended to be used as a formalized, enforceable definition of antisemitism, and turning them into one has raised serious free speech concerns. The American Civil Liberties Union described early efforts to codify the IHRA into law as “part of a disturbing surge of government-led attempts to suppress the speech of people on only one side of the Israel-Palestine debate . . . on college campuses, in state contracts, and even in bills to change the federal law.” If social media networks like Facebook adopt the Israel-related examples in the IHRA definition and allow these to guide their hate speech policies, it will likely lead to similar efforts to suppress free speech, this time in the online sphere.

So far, Facebook has responded to the letter by changing its policy regarding hate speech in ways it says take the IHRA definition into account, but it has resisted adopting the IHRA definition in its entirety. On August 11th, Facebook announced that it had updated its hate speech policy “to more specifically account for certain kinds of implicit hate speech, such as . . . stereotypes about Jewish people controlling the world.” In a response sent to to the letter’s signatories, Monika Bickert—Facebook’s vice president of content policy—noted that the company had used the IHRA definition “in informing [its] own approach and definitions,” that its new policy “draws on the spirit—and the text—of the IHRA,” and that under Facebook’s policy, “Jews and Israelis are treated as ‘protected characteristics.’” Sheryl Sandberg, Facebook’s chief operations officer, also wrote to Adam Milstein personally, assuring him that the IHRA definition has been “invaluable” to Facebook.

Though Israel was not mentioned in Facebook’s response to the letter, the company has previously expressed reluctance to adopt the parts of the definition that relate to Israel. In a May 7th webinar hosted by the American Jewish Committee, senior Facebook official Peter Stern said that Facebook had “mapped” the IHRA definition onto its own policies and found it to be “valuable,” but added that “the areas where we would depart to some degree from that definition . . . comes in relation to statements about, particularly, nations.” He added, “We don’t allow people to make certain types of hateful statements against individuals. If the focus turns to a country, an institution, a philosophy, then we allow people to express themselves more freely, because we think that’s an important part of political dialogue . . . and that there’s an important legitimate component to that. So we allow people to criticize the state of Israel, as well as the United States and other countries.” The August 7th letter called out Stern’s comments, claiming that he “admitted that Facebook does not embrace the full adoption of the IHRA working definition because the definition recognizes that modern manifestations of antisemitism relate to Israel.“

The campaign to pressure Facebook to adopt the full IHRA definition has been a long time in the making. In December 2019—less than a week after President Trump signed an executive order embracing the IHRA definition—StopAntisemitism.org joined forces with another hardline Israel advocacy group, Zachor Legal Institute, to issue a report entitled “The New Anti-Semites.” (Zachor, also a signatory of the August 7th letter, is the same group that recently called on the Department of Justice “to fully investigate the ties among Black Lives Matter, their BDS [Boycott, Divestment, and Sanctions] partners and foreign terror groups that are promoting violence and unrest in the United States.”) That report, which is cited in the letter to Facebook, argues that most criticism and pressure related to Israel or its policies—but especially the BDS movement and the tactics it endorses—is antisemitic. It offers specific recommendations for vanquishing this antisemitism, including enshrining the IHRA definition into law and expanding the application of the IHRA definition to social media, as well as to “online platforms such as financial service providers and internet site hosts of social media platforms.”

Six months later, on June 4th, Zachor began its efforts to turn this recommendation into a reality, announcing that it had sent letters to Facebook, YouTube, and Twitter “updating them about antisemitic postings that are present on their popular social media platforms.” The sole posting cited in Zachor’s letter to Facebook is a Nakba commemoration post from a page called “Palestine Writes,” sharing a video from the Samidoun Palestinian Prisoner Solidarity Network that mentions “confronting the racist ideology of Zionism.” All of the examples Zachor cited in these letters relate to Palestinian criticism of Israel; none mention anything about Judaism or Jews. Using the IHRA definition as its basis, Zachor argued that the posts violated the social media platforms’ “own hate speech regulations” and demanded their removal.

Diaspora Israel-advocacy groups’ strategy of targeting criticism of Israel on social media is mirrored by similar efforts within the Israeli government. In July, Farkash-Hacohen, the Israeli Minister of Strategic Affairs, published an op-ed in Newsweek urging social media companies to adopt the IHRA definition. The following week, The Jerusalem Post reported that under the new Israeli government, the Ministry of Strategic Affairs was “shifting” its focus from fighting BDS to challenging “delegitimization of Israel more broadly,” and that it has “plans to increase its focus on social media,” where it hopes to—in the words of the ministry’s director general, Ronen Manelis—“balance the antisemitic and anti-Israel discourse.” According to the Post, Jewish Agency chairman Isaac Herzog “said he has sought to have the companies adopt the International Holocaust Remembrance Alliance’s definition of antisemitism” and that he had “met with Facebook executives . . . to discuss the matter.”

The efforts targeting social media are yet another reminder that concerns about the free speech implications of the IHRA definition are not hypothetical. Earlier this year, legislators in several states sought to codify the IHRA definition, including its Israel-related examples, into hate crimes legislation and anti-discrimination laws. Trump’s 2019 executive order adopting the IHRA definition into US policy has, as predicted, spawned a growing list of attacks targeting Israel-related speech on college campuses, as well as an effort targeting a US foundation for its support for a group that criticizes Israel. The IHRA-based conflation of antisemitism and criticism of Israel was also the foundation of a recent report by the Milstein-supported AMCHA initiative purporting to document rising antisemitism on college campuses. While admitting there has been a significant decrease “in the number of incidents of anti-Jewish harassment identified as expressing classic antisemitism,” the report highlighted a “significant increase in the number of Israel-related incidents,” as defined under the IHRA definition. Notably, under the criteria established by AMCHA report, merely challenging the legitimacy of the IHRA definition was treated as an indicator of antisemitism.

The Israel advocacy network’s push on social media comes at a time when Facebook and other social networks are under significant pressure regarding how they deal with controversial content. Conservatives claim to be victims of a politically motivated crackdown on right-wing voices. Progressives decry the proliferation of extremist hate speech and call on social media platforms to remove and ban misinformation and hate speech. In this context, the demand that social media adopt and enforce the full IHRA definition represents a cynical strategy to co-opt progressive concerns about antisemitism in order to promote a hardline, reactionary political agenda that seeks to quash constitutionally protected free speech critical of Israel.

One prominent progressive effort to push Facebook comes from the “Stop Hate for Profit” coalition. Made up of the Anti-Defamation League (ADL) as well as the NAACP, Color of Change, the National Hispanic Media Coalition (NHMC), and several other groups, the coalition formed in June to demand that Facebook, among other things, “find and remove” groups focused on antisemitism. The coalition doesn’t offer its own definition of antisemitism, but its sole Jewish member, the ADL, has long championed the IHRA definition—a position that aligns neatly with the ADL’s evolution into an organization that prioritizes defending Israel from criticism over defending free speech.

Facebook’s updates to its hate speech policy haven’t satisfied its IHRA-focused critics, whose goal isn’t to get Facebook to deplatform antisemitism, but to get Facebook to deplatform criticism of Israel. In a response to Sandberg’s letter to him, Milstein made it clear that the campaign to pressure the social network to accept the IHRA definition will continue: “We look forward to working with @Facebook to ensure #antisemitism is eradicated from the platform and the #IHRA working definition of antisemitism is fully adopted by your organization.” Whether Facebook will buckle under the pressure will depend in large part on whether the public—Jewish and non-Jewish—finally recognizes that concerns about antisemitism are being exploited to serve a narrow political and ideological agenda, putting at risk free speech on Israel/Palestine and, by extension, political speech writ large.

Lara Friedman is the president of the Foundation for Middle East Peace (FMEP) and a contributing writer at Jewish Currents.

Analysis
States Are Moving to Class Criticism of Israel as Antisemitism
Bills making their way through the Arizona and Iowa legislatures would codify the controversial IHRA definition of antisemitism into hate crime and civil rights law.
Lara Friedman
Sign up for our email newsletter, featuring exclusive original content
Want original reporting and analysis on Israel/Palestine?
Sign up for the Tuesday News Bulletin.