Honoring the Dead From a Distance

A socially distant taharah is an oxymoron that underscores the particular agony of this moment. 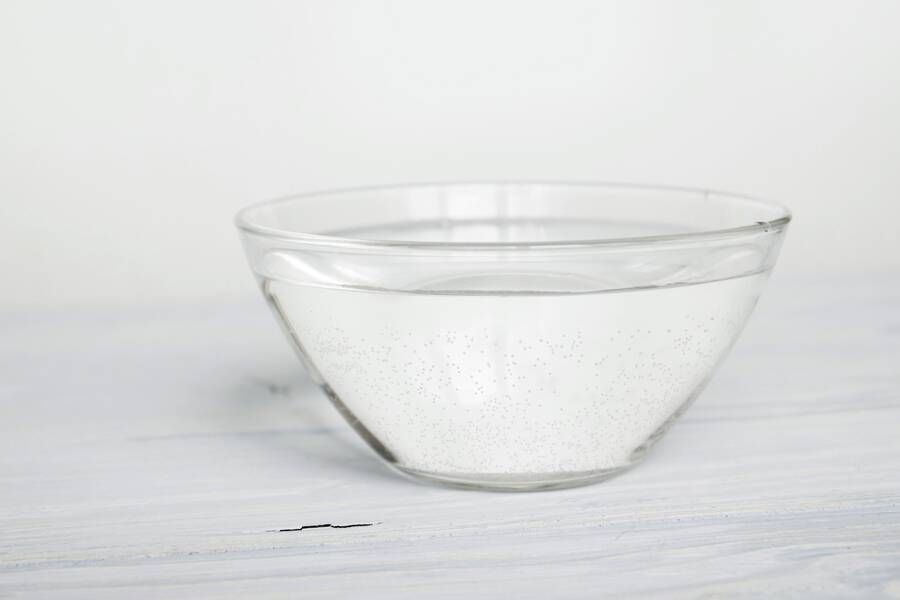 I SPEND THE FIRST WEEK OF QUARANTINE sitting by the window reading about rituals of Jewish mourning—wondering how to hold onto them as everything changes—while I ignore email invitations to participate in three separate taharot over Zoom. I’ve been performing taharot—Jewish purification rituals that prepare a body for burial—for about a year now, with my local chevra kadisha (the “sacred society” that performs the ritual). What draws me to taharot is the ritual’s physicality: washing and dressing the dead. I’m glad our group chose to modify the ritual rather than discard it for the duration of the pandemic. And yet, as I read the emails’ request for participants, I can’t help thinking that if I can’t share space with the bodies of the deceased, if I can’t comb their hair or remove stray medical tape from their skin, there’s really nothing for me to do. A socially distant taharah is pointless, an oxymoron that underscores the particular agony of this moment, in which the conditions of our loss bar us from the rituals and intimacy we need to grieve.

A week later, one of the coordinators of my chevra emails the group requesting a volunteer to host a Zoom taharah for a 92-year-old woman who died of Covid-19-related complications in New York City and who will be buried in Pittsburgh. None of the group’s previous Zoom hosts are available. The other, mostly older members of my chevra kadisha seem to have the impression that hosting a Zoom call requires some specialized knowledge in which they have not been trained. Feeling guilty for having ignored the earlier emails and a bit curious about the group’s first Covid-positive taharah, I reluctantly agree to host.

The next morning, I’m skeptical and cranky as I prepare for the ritual, gathering the materials listed in our newly adapted manual for virtual taharot. The revised manual calls for a candle, a pen and paper, hand cream, several bowls, and a pitcher of water. My desk is cramped and cluttered—hardly the ideal location for an ancient, sacred ritual. I fuss over how to fit all the ritual objects among the overlapping heaps of paper and accumulated seltzer cans. Directly to my right, my cat avails herself of her litter box.

The ceremony starts like every other Zoom call I’ve “attended” since this all started: faces framed by squares appear from nowhere. The five chevra kadisha members on today’s “team” greet each other clumsily; those who don’t realize they’re muted try to talk, while others rush to alert the speakers they can’t be heard. Suddenly, we’re joined by the staff at Ralph Schugar’s—Pittsburgh’s Jewish funeral home, where we do most of our taharot—and I’m staring at the inside of a room I haven’t visited in months. My heart aches with recognition, which is stifled by the awareness of a major change: Where we’d usually find the meitah (the deceased) wrapped in a white sheet or zipped inside a body bag, wearing the garments in which she had died, there is, instead, an open aron—a coffin—fitted with a rectangular steel box that fills its entire volume. Masked and gloved funeral home employees appear from the right side of the screen to inform us that the meitah is inside the steel box—they tell us it’s called a “Ziegler case”—which is hermetically sealed with screws. Because she is Covid-positive, she will be buried inside the metal box inside the aron.

I hate that metal box even as I accept its necessity.

When the ritual begins, the rosha—the leader—asks us to picture ourselves standing around the meitah, laying our hands on her to offer comfort. I try to imagine myself carefully washing each part of her body, dipping my washcloth into the bucket of warm water to cleanse her delicate skin. The contrast between the prep room’s desolate stillness and my memories of it buzzing with energy and purpose through the quietude of the ritual is almost unbearable. Why bother with this at all if it’s purely imaginary? My bright, righteous anger hurls itself against the intractable circumstances, as I work to maintain a neutral expression.

Once we have “washed” her, it’s time for the taharah itself, the ritual purification by water. Normally, we would pour a continuous stream of water over the meitah’s body, watching it splash and cascade over her flesh and along the slanted white prep table that empties into a sink, but instead we stand in front of our computers and pour water from one bowl to another as we chant, “Tehora hee, she is pure.” For unity’s sake, everyone except the rosha must stay muted.

What is the value of this? What meaning could my act of pouring—twice removed from the meitah, once by physical distance and once more by muting—possibly have? But even if I weren’t muted, and I knew that the sound waves generated by my pouring could reach the meitah’s steel container, would I feel any differently?

To compensate for our inability to be present with the meitah’s body, the revised taharah manual places extra emphasis on our role as “midwives of her soul,” who can still be spiritually present with the meitah despite physical distance. I consider this possibility: If pouring water over the meitah is a spiritual act, doesn’t it stand to reason that it can be accomplished in other ways—even at a great distance? Does the universe—or God, or whatever—grade on a curve during a pandemic? Can the two rituals just be different, because they exist in different worlds? Still, if it were just as good to pour water next to the meitah, why would we ever pour water on top of her? How could this modified ritual not hold less spiritual value?

I don’t believe that the meitah’s neshama—her soul—is on different spiritual footing than the souls of those who received a proper taharah, or than those who got none at all. But then, I don’t really value the taharah as a means of preparation for the afterlife, as some do; I value it as a rite of love and care. While I know the depth of love and care in the hearts of the women joining me on this video call, I can’t fathom how these remote actions could possibly transmit that care to the meitah or her family.

Frustrated and disappointed, I set the now empty bowl on the floor. The rosha instructs us to imagine drying off the meitah and her table, to prepare for the laying of tachrichim, white linen burial garments. Shelby from the funeral home emerges to lay garments on top of the Ziegler case in the same order we’d ordinarily use to dress the meitah’s body: first, a pair of footed pants, then a shirt, a traditional robe called a kittel, a long fabric belt, a bonnet, and finally, a veil. I assume the meitah will be buried with the white linen garments layered on top of the metal box and under the aron’s wooden lid. Although I know that most modern American burials, with their concrete grave liners and metal caskets, can hardly be described as the body’s return to earth, part of what appeals to me about the Jewish ritual is its emphasis on this return. It feels unjust that the meitah’s remains will be forever confined to this steel container, unable to reintegrate into the natural world.

Watching Shelby lay the tachrichim on top of the meitah’s box, it occurs to me that by acting as our hands—doing the work that we cannot—Shelby may be taking care of us more than we’re taking care of the meitah. I hate myself for needing care, especially when I’m not even mourning a death.

At the end of the ritual, we ask the meitah for forgiveness if we have dishonored her, however unintentionally. A deep well of sadness opens in my chest; my body feels heavy and slow. I think: We have dishonored her with our meager Zoom offering. We have dishonored her by letting her die alone. But surely we can’t be blamed for these circumstances, our earnest attempt to adapt. I wonder: Am I more comfortable claiming false culpability than accepting true powerlessness? The sorrow I feel in this moment is, I know, about more than just the loss of this one ritual. It’s about losing my way of being in the world and my hopes for the future, about witnessing suffering that should have been prevented. The modified taharah cannot hold all my grief, but I don’t know where else to take it. Is an inadequate container better than no container at all?

Nichum avelim—comfort for mourners—is a central objective of Jewish ritual mourning. We are strangers to this meitah, and yet the circumstances of a global pandemic turn us all into mourners, regardless of our proximity to the dying. Does that make anything we do to comfort ourselves and each other a mourning ritual? There are, it seems, modes of comfort that rituals of my own creation cannot give me, and modified rituals fail to approximate the layered meanings that accrue in our ancient rituals through generational repetition. (Once again, the rosha asks us to envision ourselves placing our hands on the meitah.) Maybe those types of comfort are, for now, simply beyond my grasp. I do not feel particularly comforted. Still, I tried to be present with others in the seemingly never-ending stream of tragedy; we said the meitah’s name and read her obituary aloud; we individuated this one death and marked it, however imperfectly, with our care and attention. I suppose it’s better than nothing.

After the Zoom call, I take the bowl of taharah water to my backyard. Supposedly, it is sacred, by virtue of its role in purifying the meitah, even though its physical journey was simply from faucet to bowl to bowl. I pour it in the grass. I am hazy and numb for many days after.

Jordana Rosenfeld is a writer and community organizer in Pittsburgh, PA.

Essay
Washing the Dead in Pittsburgh
Our burial practices offer more than a way of dealing with the dead; they are antifascism in action.
Jordana Rosenfeld
Sign up for our email newsletter, featuring exclusive original content