Freed from Israeli Prison, Palestinian Returns to His Village
Photographer: 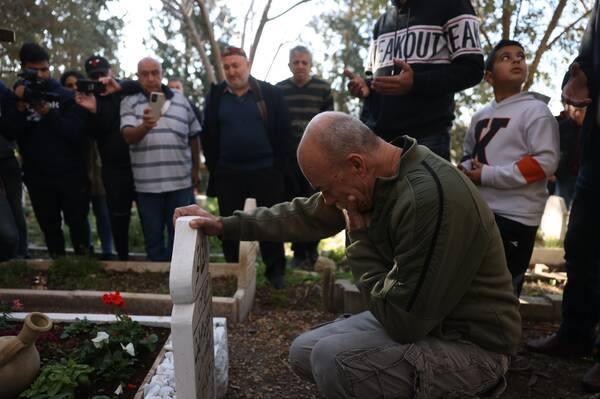 Maher Younis, one of the oldest Palestinian prisoners, arrives in the village of Arara on January 19th after his release following 40 years of imprisonment. Israeli authorities arrested Younis in 1983 on the charge of killing an Israeli soldier. On the eve of his release, Israeli authorities reportedly warned Younis’s family not to raise Palestinian flags or to hold a mass celebration for his return home.