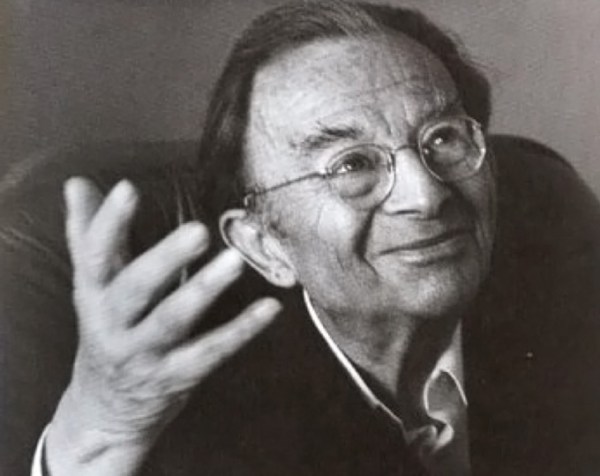 Humanistic philosopher and psychologist Erich Fromm was born on this date in 1900 in Frankfurt, Germany. He was a student of the Talmud and used Jewish texts and imagery as touchstones for his political and psychological insights long after he left the world of Orthodox observance at the age of 26. Fromm’s attachment to Judaism as a source of humanistic insight (his name means “pious” in German and Yiddish) anticipated the Jewish interpretive creativity that emerged in the decades after his death in 1980. In 1920, the young Fromm helped Martin Buber and Franz Rosenzweig create the Free Jewish House of Learning in Frankfurt; in 1927, he helped to found the Frankfurt Psychoanalytic Institute, where he became the director for social psychology and worked on synthesizing Marxism and psychoanalysis. As the Nazis came to power in 1933, Fromm fled Germany and found his way to the U.S. As a critic of Freudian theory, he alienated many of his psychoanalytic colleagues; as a thinker who prized religious metaphor, he alienated many Marxists. During the 1950s and ‘60s, while serving as director of the Mexican Institute of Psychoanalysis in Mexico City, Fromm became the most widely read psychologist in the world. His books include Escape from Freedom (1941), The Sane Society (1955), The Art of Loving (1956), The Anatomy of Human Destructiveness (1973), and many others, which reveal a deeply caring and wise soul who believed in human transformation. Fromm joined the Socialist Party of America during the McCarthy period and was a co-founder of the anti-nuclear war organization, SANE.