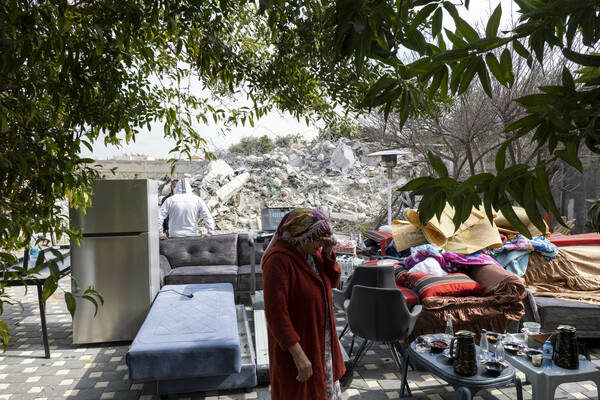 Israeli police forces arrived February 7th to demolish the Mahrab family's home in the Pardes Snir neighborhood of Al-Lydd (Lod) on the last day of the demolition order. The house, home to nine people, received a demolition order after having been rebuilt and renovated after burning down in 2013. Last week, the father of the family was arrested when he fortified himself with gas balloons and was again arrested during the demolition. Pardes Snir is a neighborhood without an outline plan, preventing residents from building legally with a permit. In 1948, only 1,000 Palestinians managed to remain in Al-Lydd out of 50,000 residents (30,000 of which were refugees from the Jaffa area). Today, the city has almost 78,000 residents, only 30% of whom are Palestinian. All refugees from Al-Lydd living in UNRWA refugee camps are still banned from returning by the Israeli state.