Cori Bush’s Message From the Grassroots 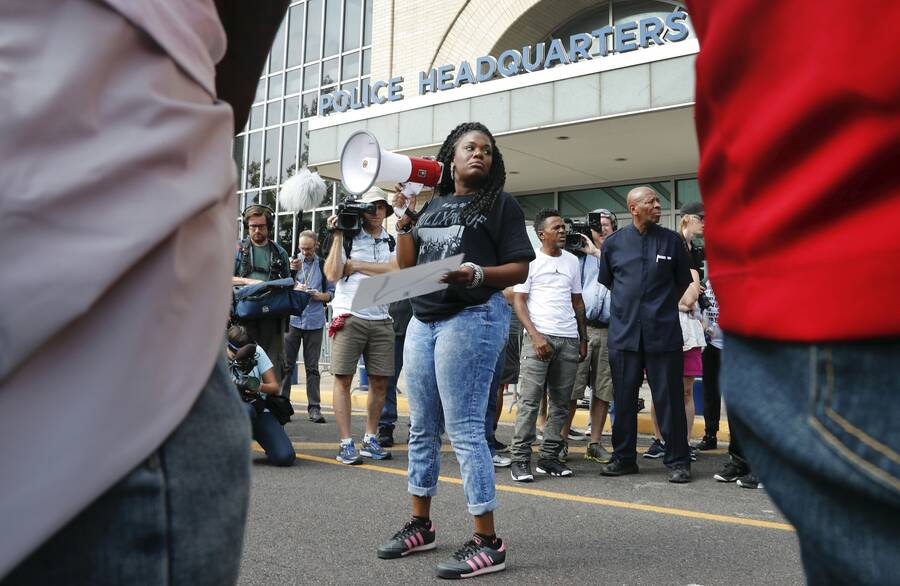 CORI BUSH, a Black Lives Matter organizer, defeated ten-term incumbent Rep. William Lacy Clay last night in the Missouri First District’s Democratic congressional primary. It is a significant upset, marking the end of a St. Louis political dynasty: Clay had held his seat since 2001, succeeding his father, a founding member of the Congressional Black Caucus, who held the same seat from 1969 until 2000. With Bush all but certain to win the deep-blue district’s general election in November, she is poised to become the first Black woman to represent the state of Missouri in Congress, where she will join a growing cohort of progressive legislators who in recent years have dispatched Democratic establishment veterans to win their seats.

Bush’s victory is another sign that, against the backdrop of the manifold crises facing the US, Democratic voters are looking for candidates who can speak authentically about their connections to social movements, and who can credibly claim to be leaders on matters of racial and economic justice. Like 44-year-old middle school principal Jamaal Bowman, who defeated 16-term-incumbent Eliot Engel in June, Bush ran on a platform that combined the urgent demands of the Black Lives Matter movement with what have become social-democratic policy staples: a $15 dollar minimum wage, Medicare for All, the Green New Deal, and large-scale debt forgiveness. Both candidates were supported by Justice Democrats, the organization that recruited Alexandria Ocasio-Cortez to run against Joe Crowley in 2018. Bush first ran a primary challenge against Lacy two years ago, and lost by 20 percentage points; this time, she won by more than three.

Clay is part of the Democratic Party establishment, endorsed by the likes of Kamala Harris and Nancy Pelosi, and disinclined to fight back against the party’s deep enmeshment with corporate interests. Bush and her supporters accused him of being absent from protests in the district, for failing to act to curb police violence, and for helping undo post-2008 Wall Street reforms. In other ways, though, Clay was an atypical opponent for a progressive challenger. Unlike Engel—a white politician representing a majority-minority district and a foreign policy hawk whose positions left him out of step with the party’s base—Clay is a Black politician with deep familial ties to his district who appeared relatively progressive, at least on paper. He is a supporter of Medicare for All and, more recently, had embraced the Green New Deal (in no small part due to Bush’s first primary challenge). Bush’s win, then, suggests that voters in strongly Democratic districts want not just “progressives by pressure,” as Bush called Clay, but movement leaders representing them in Congress.

On the campaign trail, Bush argued that after 20 years of Clay’s leadership—years during which racial and economic disparities remained stark—Missouri’s first district needed a different approach to addressing inequality. “I’m from the ground, I’m somebody who has dropped blood on the streets of St. Louis,” Bush told me. “People are looking for leadership. People like the fact that they could possibly have a congressperson who’s willing to put their body on the line for people.” In 2014 and 2015, Bush spent hundreds of days protesting in Ferguson. This summer, she returned to the streets in the midst of the campaign as protesters once again faced down tear gas and police—and found, Bush said, that “people [were] show[ing] up to the protests with Cori Bush t-shirts on!”

As the summer has worn on, Black Lives Matter protests have fizzled out in many cities and some have argued that the movement that promised radical change has produced mostly corporate cooptation of antiracist rhetoric. “Chuck Schumer will take a knee in kente cloth, but he isn’t likely to pass a major reparations bill,” the New York Times opinion columnist Ross Douthat wrote—a sign, in Douthat’s view, that the broadly social democratic movement spurred by Bernie Sanders “may be losing the battle for the future of the left.” Yet the successful campaigns of candidates like Bush and Bowman suggest that, far from being in tension, the recent Black Lives Matter protests have buoyed left-wing candidates (and indeed, Sanders endorsed Bowman in June, and was the only US senator to endorse Bush). These races, moreover, seem to have further galvanized support for progressive policies around the country. The same night Bush ousted Clay, Missouri voters approved a plan to expand Medicaid coverage in the state.

Bush’s victory will likely have ramifications in the realm of foreign policy as well. Bush is set to join Rashida Tlaib (who also won her primary last night) and Ilhan Omar in the small but growing contingent of left-wing internationalists and BDS supporters in the US House.

As in other races in which Democratic party veterans faced progressive challengers, Clay attempted to use accusations of antisemitism against Bush. Clay’s campaign sent out bluntly Islamophobic mailers depicting Bush with Palestinian American activist Linda Sarsour with the text, “Cori Bush Has an Anti-Israel Agenda.” The mailer, which labeled the BDS movement “Anti-Semitic,” also touted Clay’s support for the US House resolution condemning BDS and his support for increasing US military aid to Israel.

Tasha Kaminsky, a Jewish community organizer in St. Louis, said that contrary to their intent, the mailers prompted her to switch her vote from Clay to Bush. Kaminsky told me she was “taken aback” by Clay’s attempt to use Israel as a wedge issue within the Jewish community. The flyer “played into a lot of assumptions about Jewish people” and helped perpetuate “the myth that we have dual loyalty,” she said. “We’re not voting on Israel—we’re voting on St. Louis.”

Kaminsky’s reactions echo those of other American Jews in response to recent primary campaigns that have used accusations of antisemitism or hostility to Israel as a cudgel against progressive candidates of color, like Jamaal Bowman and Ilhan Omar. Israel advocacy groups poured huge sums of money into ads and mailers against Bowman in the district’s Jewish community during his run against Eliot Engel this spring. Yet some prominent local Jewish leaders bristled at the implication that Jews would be willing to vote against a progressive Black candidate for Israel-related reasons and instead made public their support for Bowman. “I feel compelled to express outrage at some of the tactics a self-identified ‘pro-Israel’ group has used,” wrote Jack Gorman, a member of the board of directors of New York’s UJA-Federation, in a Riverdale Press op-ed announcing his support for Bowman a few days before the primary. “They are misrepresenting the pro-Israel community and the Jewish community in our district, falsely implying that we sanction this scaremongering against Bowman and other progressive people of color.”

As Mari Cohen has reported in this publication, polling of American Jewish voters since 2016 has consistently shown Israel to be a low priority for most American Jews. According to J Street’s election night polls, in 2016, just 9% of voters chose Israel as one of their top two voting priorities; in 2018, that number decreased to 4%. In polls conducted by the Jewish Electorate Institute in both May 2019 and October 2018, Jewish voters ranked Israel as the lowest of 16 policy priorities; health care ranked near the top.

When asked about her support for BDS, Bush explained that it was motivated by the same principles that had led her to protest on the streets of Ferguson. “The core of all the work that I’ve done, period, is love—love of people, love of humanity—and its justice for all,” she said. “My thing,” Bush added, “is we have to not only show up for what our own issues are, but we have to show up for people who are oppressed differently than us.” On Tuesday night, Bush’s message of universalism and solidarity won out.