Boycott! The Art of Economic Activism

“DON’T SHOP HERE! Don’t buy that product!” These are the clarion calls of economic activism. They help us see how our economic choices affect the world and the lives of other people—and they challenge us to align our decisions with our values.

The posters shown here are selections from a traveling exhibition created by the Center for the Study of Political Graphics in partnership with the American Friends Service Committee. They provide a visual history of economic activism over the last 60 years. On the surface, the campaigns may seem to have little in common. Some target businesses or corporations because of their discriminatory hiring practices, unfair labor conditions, poor environmental records, or lack of respect for basic human rights. Others challenge government institutions to change specific laws or policies. Still other movements call for boycotts and/or divestment from states or countries because of systematic human rights abuses. What links all of these campaigns is their use of economic pressure as a nonviolent tactic to challenge economic, social, and political injustices.

Economic boycotts are one of the most widely used forms of nonviolent protest. Boycotts have been used for centuries, by both the left and the right. Although the word “boycott” was not coined until the 1880s, boycott tactics were used nearly 100 years earlier when Quakers led the “Free Produce Movement,” targeting products made with slave labor. This campaign began in the 1790s and lasted until slavery ended in the US after the Civil War. In the early 20th century, Gandhi led the Indian non-cooperation movement and Salt March, both of which used economic pressure—including boycotts—to end British colonial rule in India. Martin Luther King Jr. and Cesar Chavez promoted boycotts as key strategies in their campaigns for civil rights and farm worker rights in the United States. The most successful boycotts have been ones, such as these, that embodied nonviolent strategies and ideals, and that empowered individuals to challenge powerful corporations and governments through passionate grassroots movements.

These posters remind us of past struggles and teach us about ongoing ones. We focused on posters because they are one of the most effective and widespread means for educating the public about an issue, promoting a cause, and inspiring action. They are inexpensive to produce, easy to distribute—especially in the age of social media—and remain as historical evidence long after a campaign is over.

Posters from the campaign challenging South African apartheid and the movement opposing the Israeli military occupation of Palestine represent two of the longest continuous international boycott movements—campaigns that have generated many posters throughout the world. Both of these boycotts also created intense controversy. The campaign against South African apartheid is a receding memory, and it may be hard to imagine the strong emotions, broken friendships, and divided families that resulted from this campaign. However, the impassioned divisions around the campaign to end the occupation of Palestine are a clear reminder of the tensions and conflict that economic activism can provoke. [Ed. note: When this show was originally exhibited at the Mercado la Paloma in downtown LA in May 2014, it was vandalized. Eight posters related to the BDS movement were torn down; three were stolen, and the rest were stuffed in a nearby trash can.]

The power of the boycott continues to be applied to diverse causes. More recent examples include the Occupy Movement’s mobilization to move money out of Wall Street banks and into community credit unions, calls to boycott states with “Stand Your Ground” laws, threats to boycott NFL teams that punish players who “take a knee”—or threats to boycott teams that don’t bench or fire players who protest. These posters challenge us to evaluate the ethics of our economic choices—what we buy, what we eat, and where we travel—and to consider whether or not our choices contribute to a more just and peaceful world. 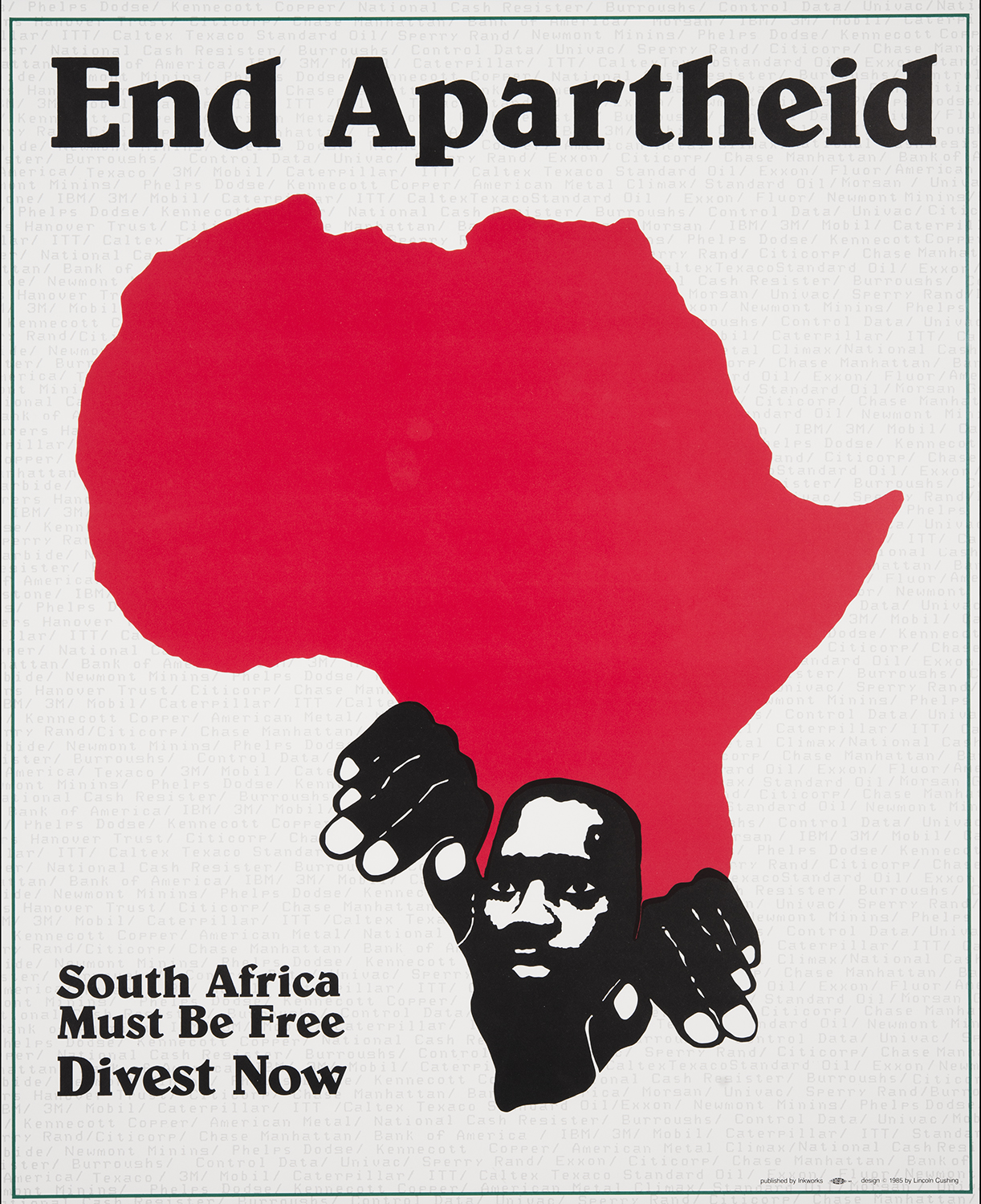 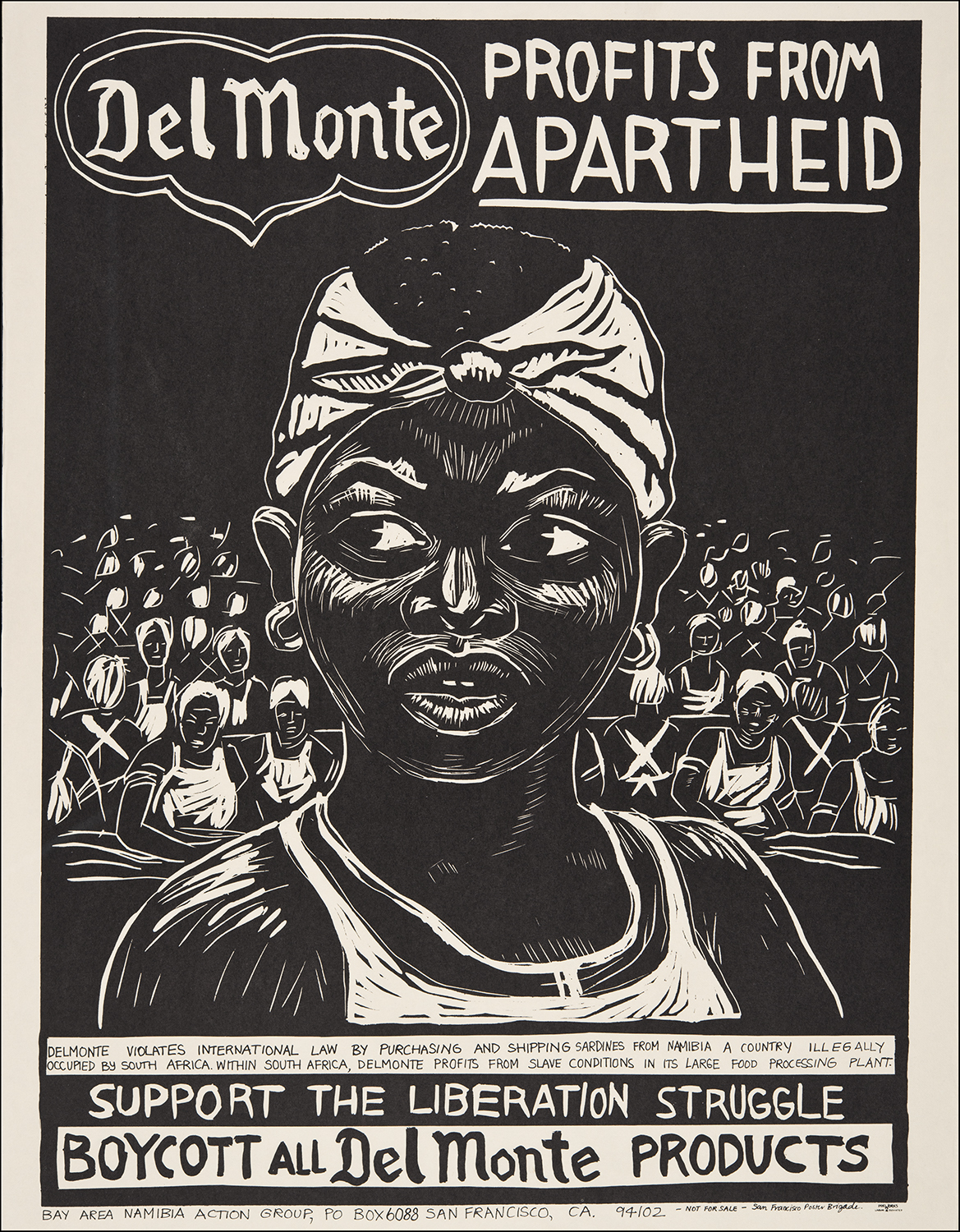 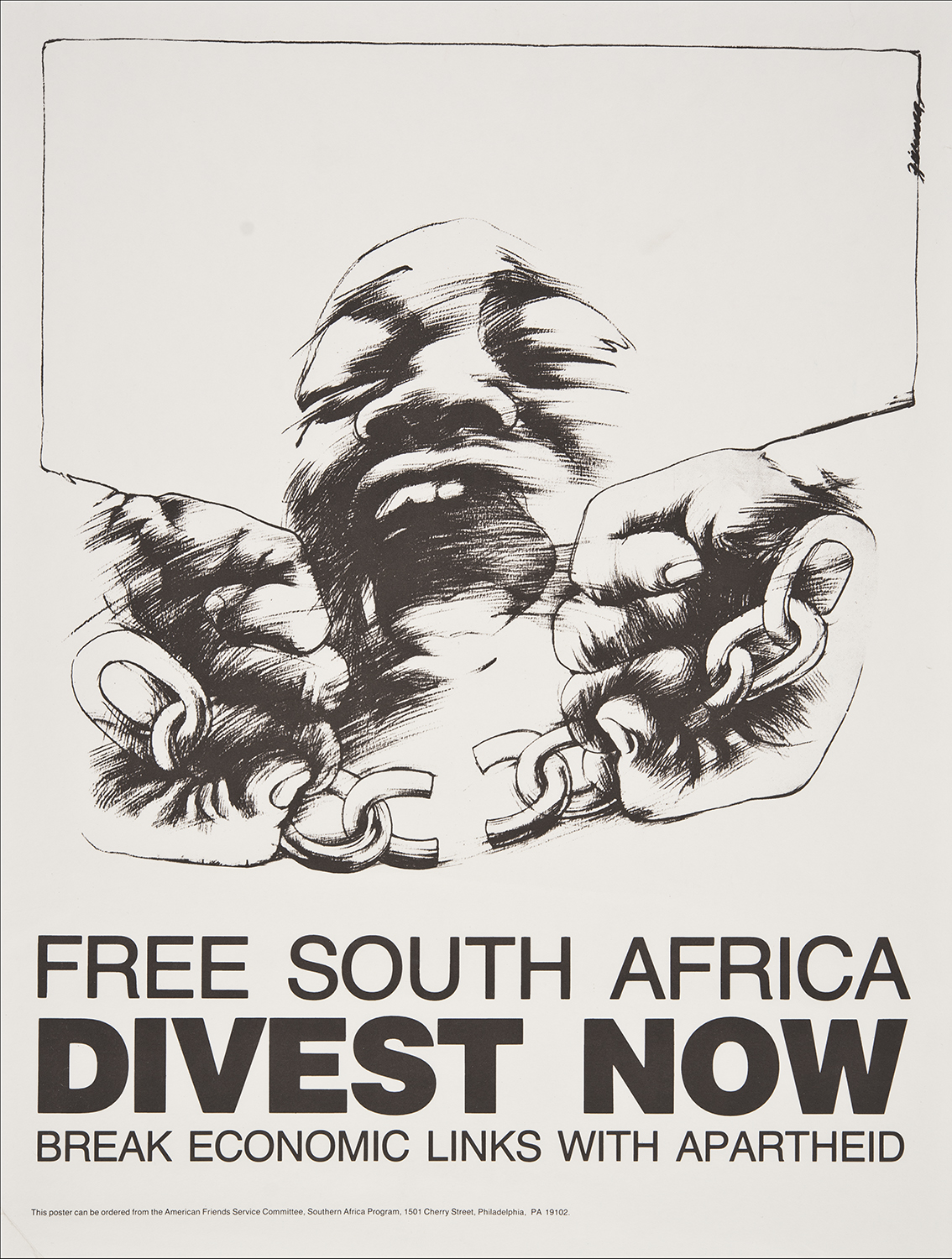 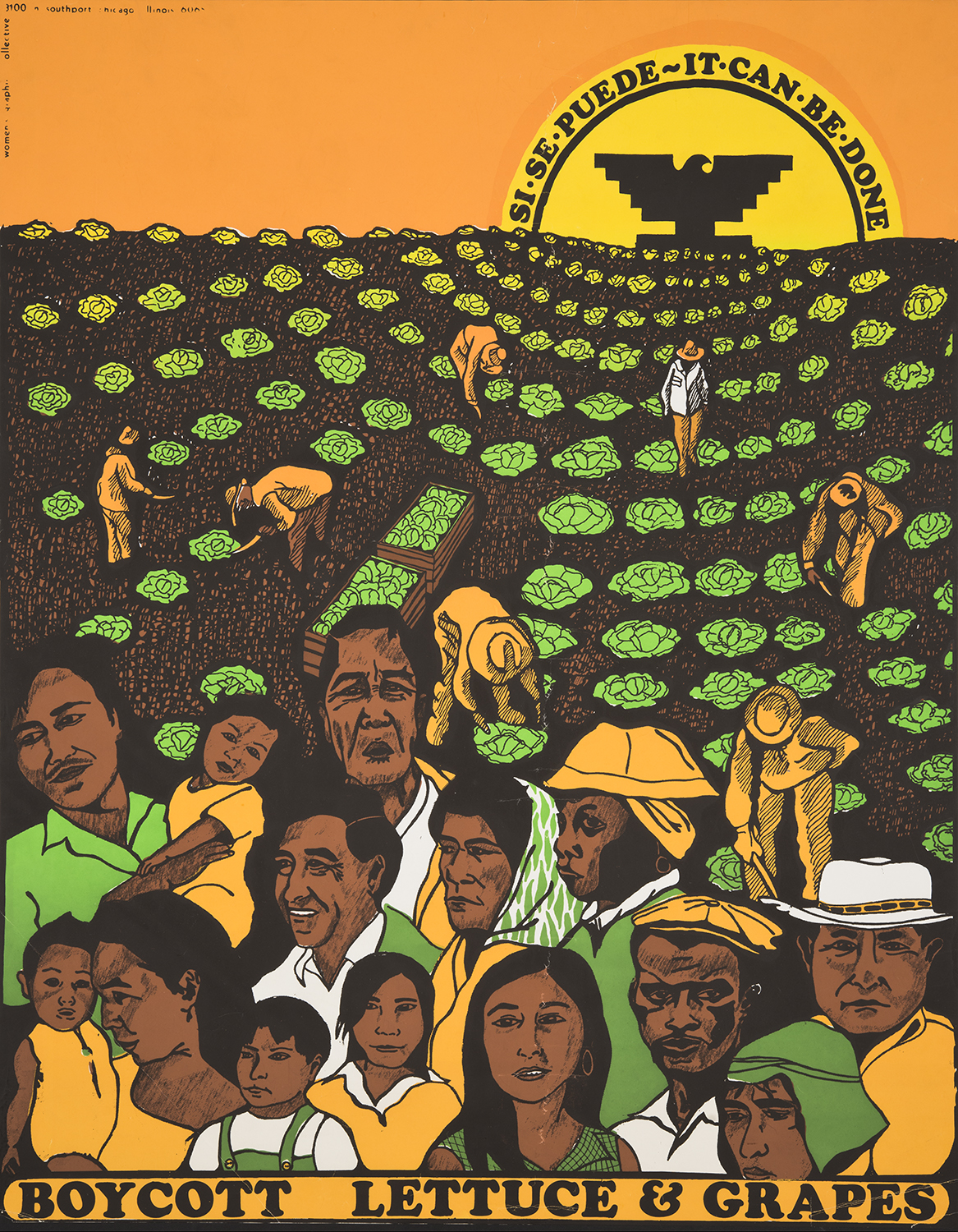 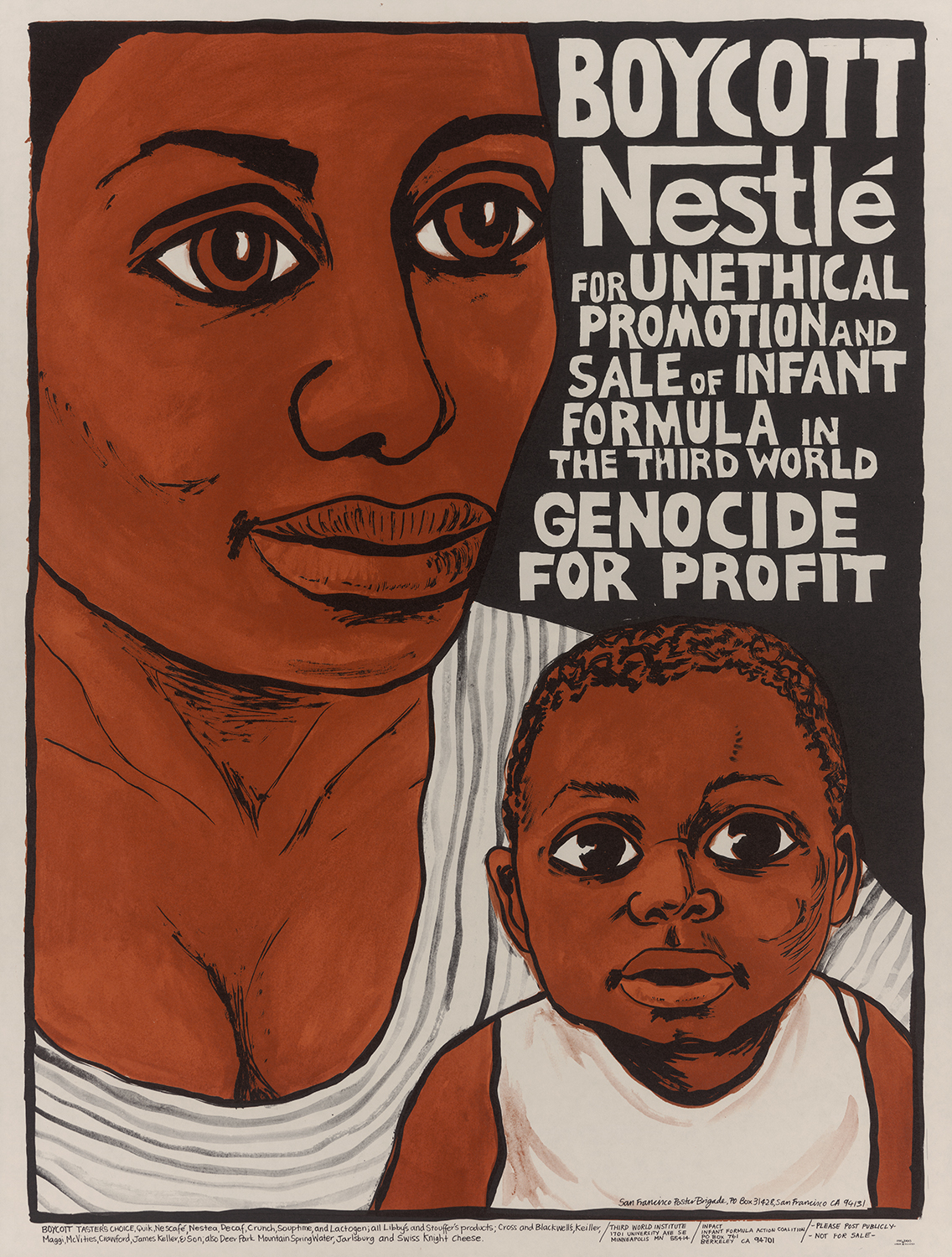 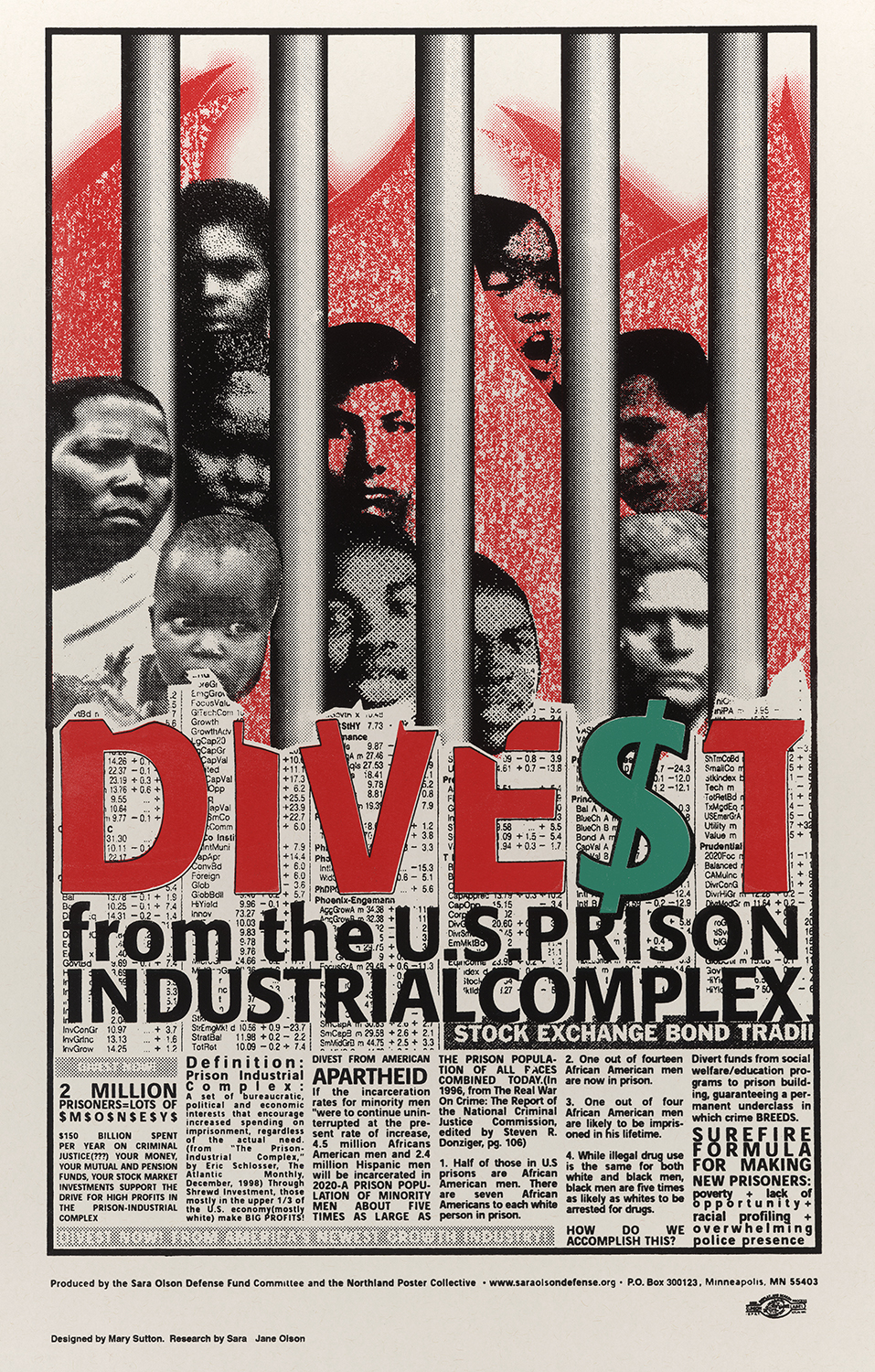 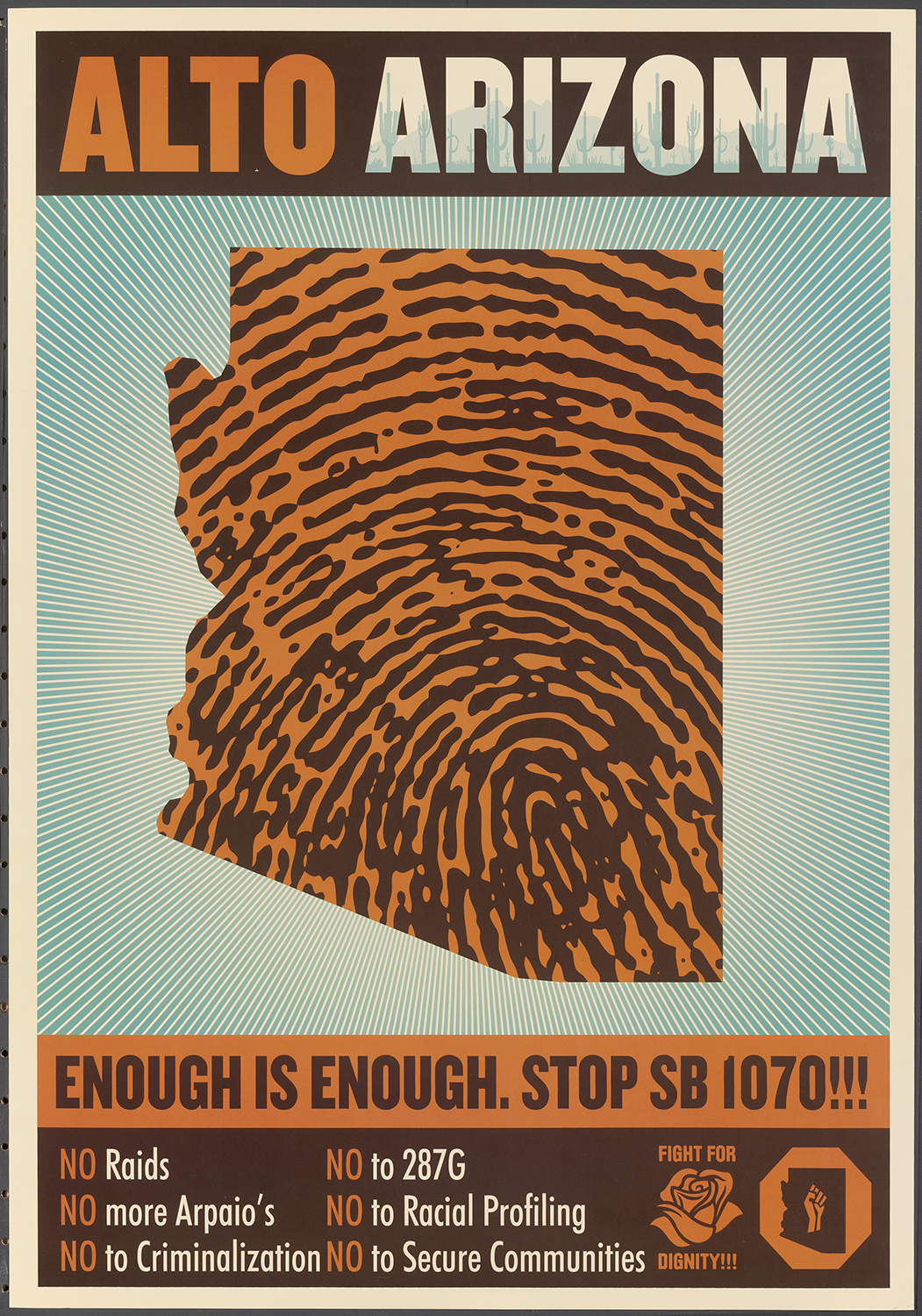 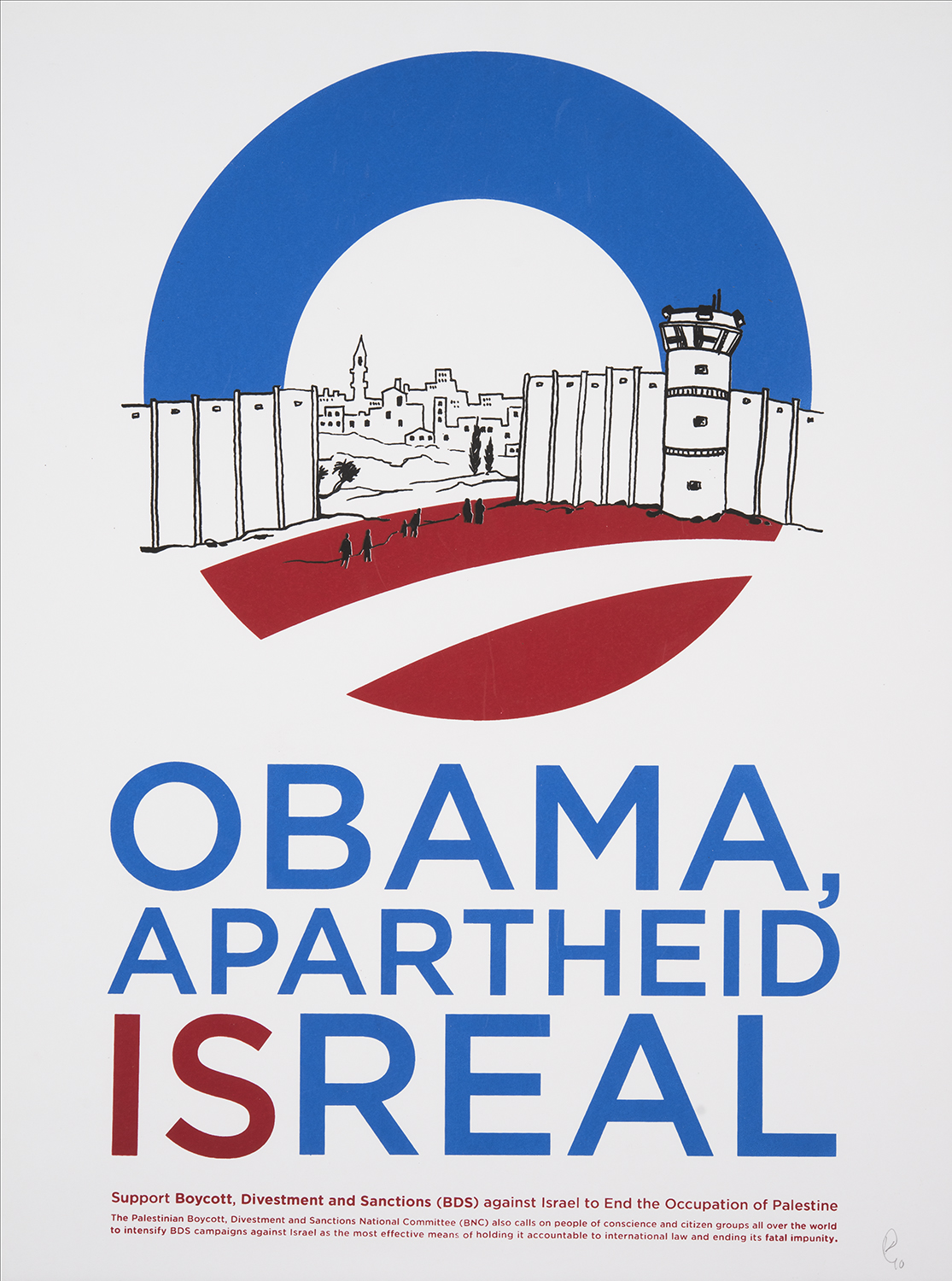 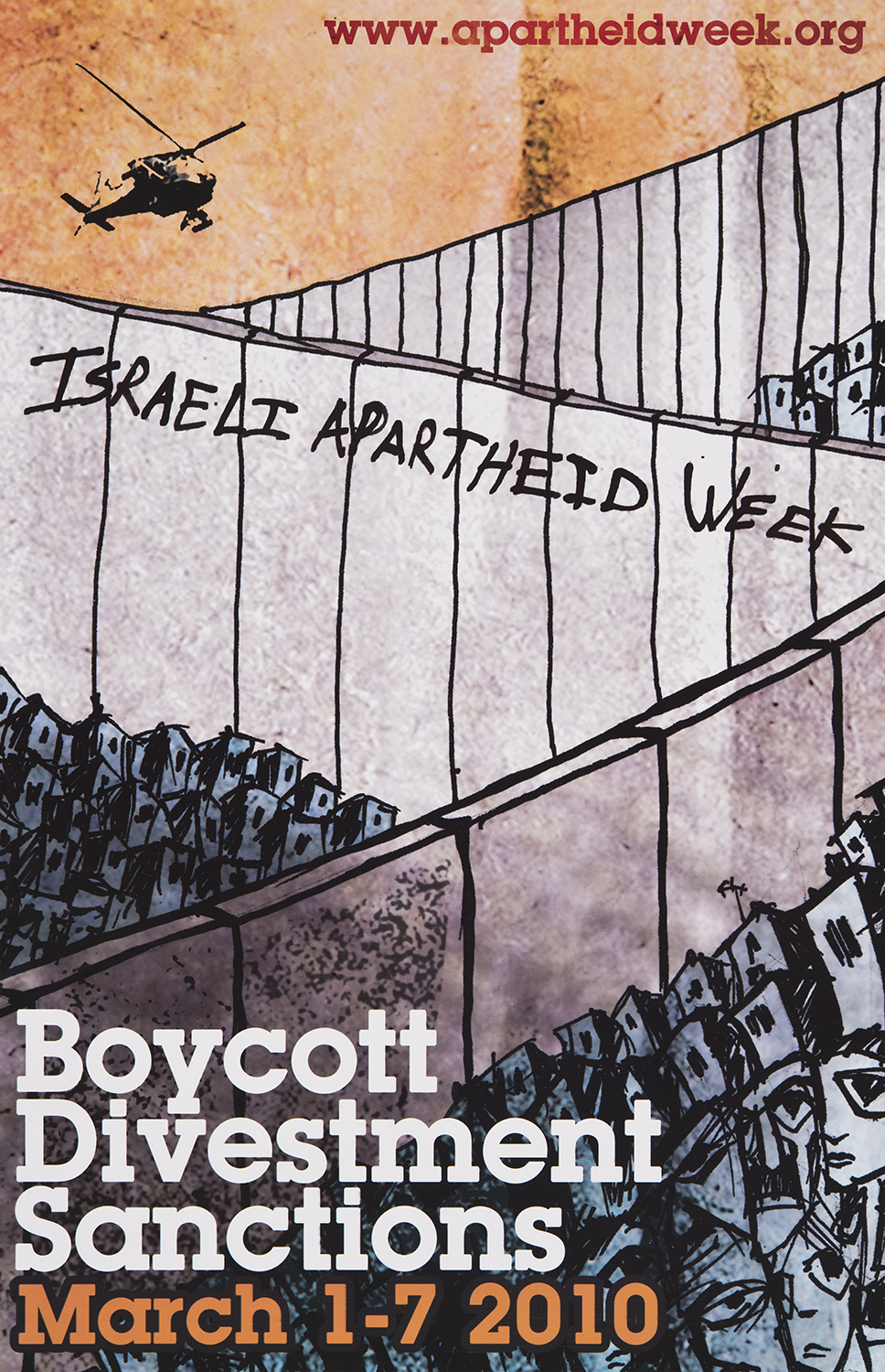 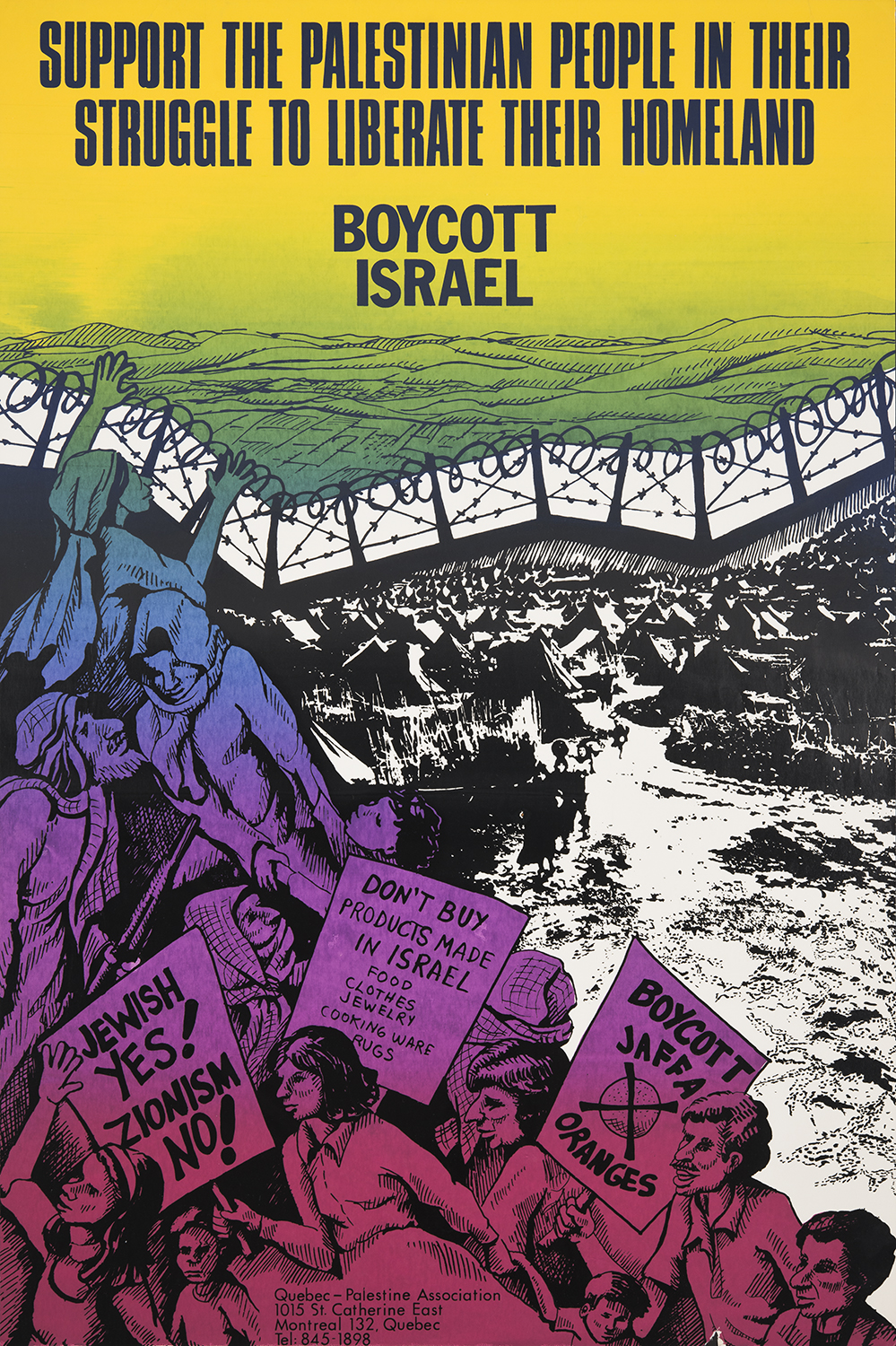 Carol A. Wells is the founder and executive director of the Center for the Study of Political Graphics (CSPG) in Los Angeles. Posters from CSPG are currently on view in Los Angeles: “Reclaim! Remain! Rebuild! Posters on Affordable Housing, Gentrification & Resistance” at Self Help Graphics and Art (through September 22nd, 2018) and “¡Ya Basta! The East L.A. Walkouts and the Power of Protest” at La Plaza de Cultura y Artes (through January 14th, 2019).

Yavne: A Jewish Case for Equality in Israel-Palestine

Stealing Away in America