The resolution is a rebuke of the Biden administration’s Middle East policy, and a stark signal of progressive Democrats’ anger over Israel’s punishing assault on Gaza. 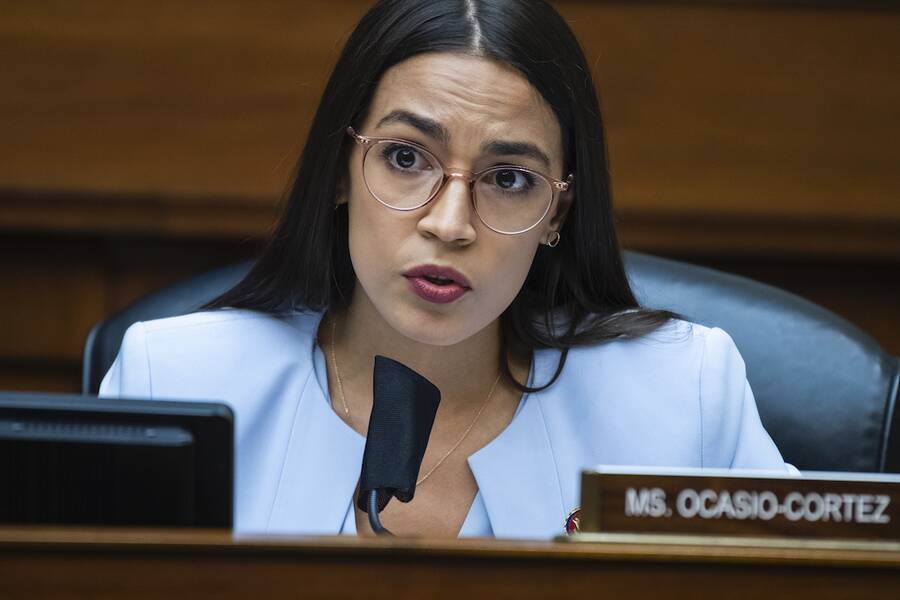 AMIDST ISRAEL’S DEVASTATING ASSAULT ON GAZA, New York Congresswoman Alexandria Ocasio-Cortez, Wisconsin Congressman Mark Pocan, and Michigan Congresswoman Rashida Tlaib are preparing to introduce a resolution that would block the United States’ planned $735 million sale of bombs to Israel, according to an early draft of the legislation obtained by Jewish Currents.

The resolution would halt the planned transfer of so-called JDAMs, or Joint Direct Attack Munitions, and of Small Diameter Bombs, both of which are bombs outfitted with special guidance systems to hit their intended targets. Both types of explosive are made by the Chicago-based weapons manufacturer Boeing. Israel has used JDAMs and Small Diameter Bombs in its current attack on Gaza, according to Al Jazeera Arabic.

“At a time when so many, including our President, support a ceasefire, we should not be sending ‘direct attack’ weaponry to Prime Minister Netanyahu to prolong this violence. It is long past time to end the US policy of unconditional military arms sales, particularly to governments that have violated human rights,” read an email from Ocasio-Cortez’s office obtained by Jewish Currents that called on her congressional colleagues to support her bill.

The resolution Ocasio-Cortez will introduce is known as a joint resolution of disapproval (JRD). Once introduced, the Speaker of the House, currently Nancy Pelosi, typically refers this type of bill to the House Foreign Affairs Committee (HFAC), which has jurisdiction over arms sales. In this case, a few HFAC members have already expressed criticism of the proposed sale—including Reps. Joaquin Castro and Ilhan Omar, who have come out in opposition to it. “It would be appalling for the Biden Administration to go through with $735 million in precision-guided weaponry to Netanyahu without any strings attached in the wake of escalating violence and attacks on civilians,” Omar said in a statement. “If this goes through this will be seen as a green light for continued escalation and will undercut any attempts at brokering a ceasefire.”

Still, it’s unlikely the resolution will get past the entire 51-member committee, which includes a number of well-known pro-Israel legislators on both the Democratic and Republican sides. The other obstacle to the resolution getting anywhere is that any JRD on arms sales to Israel (as well as to NATO members) can only be considered for 15 days after Congress is notified of a planned sale. Because Congress was informed of this sale on May 5th, the House only has until May 20th to consider it. (However, if a senator introduced a resolution before the end of May 20th, the bill would be required to get a vote in the Senate.) New York Congressman and HFAC Chairman Gregory Meeks said Monday that he planned to delay the arms sale, but then backtracked on Tuesday. “It is my understanding from Chairman Meeks that he’s not going to send a letter, and the reason is the administration has agreed to have some discussions with the members of the Foreign Affairs Committee,” said Rep. Steny Hoyer, the House Democratic Majority Leader and a stalwart defender of Israel, in announcing Meeks’ about-face.

“This is a historic day. Although this JRD has a short shelf-life, it’s a game changer,” said Raed Jarrar, advocacy director for the human rights group Democracy for the Arab World. “Congress has never attempted to block an arms sale to Israel before, and it sends a clear message to the Israeli government that its days of impunity are coming to an end.”

Even if it doesn’t pass, the resolution could set up an unprecedented debate in the House of Representatives on the propriety of a bomb sale to Israel. As such, the proposed legislation is a rebuke of the Biden administration’s policy of facilitating the flow of weapons to a country that has killed at least 220 Palestinians in ten days, including 63 children. The US gives Israel $3.8 billion in annual military assistance, money that is used to purchase American weaponry. Some of that weaponry is used by Israel in airstrikes on  Gaza—which is currently under an Israeli-imposed land, air, and sea blockade—while other types of weaponry, like rifles and tear gas, have been used by Israeli soldiers in the occupied West Bank.

“The harsh truth is that these weapons are being sold by the United States to Israel with the clear understanding that the vast majority of them will be used to bomb Gaza,” Tlaib said in a statement. “Approving this sale now, while failing to even try to use it as leverage for a ceasefire, sends a clear message to the world—the US is not interested in peace, and does not care about the human rights and lives of Palestinians. You cannot claim to support human rights and peace on Earth and continue to back the extremist Netanyahu regime, it’s that simple.”

The bill is a stark signal of progressive Democrats’ anger over Israel’s punishing assault on Gaza. On May 14th, in an unprecedented show of dissent from the House floor, 11 Democratic representatives—Pressley, Bush, McCollum, Omar, Pocan, Tlaib, Ocasio-Cortez, Castro, Carson, Jan Schakowsky, and Jesus “Chuy” Garcia—delivered sharp critiques of Israel’s war on Gaza. “The president and many other figures this week stated that Israel has a right to defend itself, and this is a sentiment that’s echoed across this body. But do Palestinians have a right to survive? Do we believe that?,” said Ocasio-Cortez in her House speech. “If so, we have a responsibility to that.”

In a press release about the resolution, Ocasio-Cortez added, “For decades, the US has sold billions of dollars in weaponry to Israel without ever requiring them to respect basic Palestinian rights. In so doing, we have directly contributed to the death, displacement and disenfranchisement of millions.”

This is a developing story and has been updated to reflect that Reps. Pocan and Tlaib, in addition to Ocasio-Cortez, are preparing to introduce the legislation. It has also been corrected to include four representatives—Castro, Carson, Schakowsky, and Garcia—mistakenly left off the list of congresspeople who sharply critiqued Israel last week on the House floor.